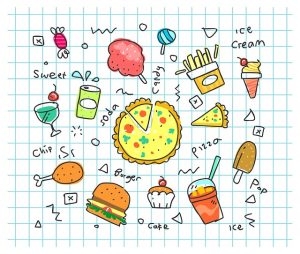 The number of fast food outlets in poor and black neighborhoods may play a role in the obesity epidemic among residents of these areas, suggest the results of a geographical survey.

Obesity also has multiple genetic and behavioral causes, but easy access to fast food, which tends to be high in fat, may be a key environmental cause of obesity blacks and low-income individuals.

The study results appear in the current issue of the American Journal of Preventive Medicine.

Higher income and white neighborhoods have more supermarkets than poor and black neighborhoods, which tend to be served by smaller grocery or convenience-type stores. Research shows that supermarkets offer more healthy foods than grocery and convenience stores, according to the study.

Block and colleagues call for more research to examine whether fast food joints are a chicken or an egg contributing to obesity in black and low-income populations. It is possible that the market offers unhealthy foods in response to the preferences of these populations. Or, the food preferences in black and low-income neighborhoods may be shaped by what is available nearby, especially since residents of these communities often have less access to transportation.

“Likewise, because of limited financial resources, black and low-income populations may simply seek out the most calories for the lowest price,” Block adds.