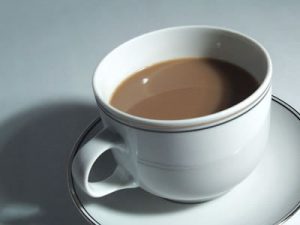 Drinking coffee every day may lengthen the life of older adults and lower their risk of death from many diseases, suggests the largest study on the topic. The study was published in the New England Journal of Medicine [1].

For the study, researchers gathered data on coffee consumption from approximately 400,000 participants of the NIH-AARP Diet and Health Study. When the study began in 1995, the 50 to 71 year-old-participants filled out questionnaires about their coffee intake.

By the end of 2008, the study found that those who drank six or more cups of coffee a day - caffeinated or decaffeinated - had a 10-percent lower risk of dying during the study, compared to non-coffee drinkers.

The authors note that this is an observational study, and cannot prove it was the coffee that helped people live longer.

Coffee drinkers are also linked to many unhealthy behaviors, such as smoking, drinking alcohol and eating large amounts of red meat.

The authors adjusted for these factors and others that may have influenced the findings, but it's possible there were residual effects from the behaviors, they note.

More from our magazine:  The Secret's in the Marinade
[2]