A Time to Heal: Chronotherapy Tunes In to Body’s Rhythms

How our bodies marshal defenses against disease depends on many factors, such as age, gender and genetics. Recently, the role of our bodies' biological rhythms in fighting disease has come under study by some in the medical community.

Our bodies' rhythms, also known as our biological clocks, take their cue from the environment and the rhythms of the solar system that change night to day and lead one season into another. Our internal clocks are also dictated by our genetic makeup. These clocks influence how our bodies change throughout the day, affecting blood pressure, blood coagulation, blood flow, and other functions.

Some of the rhythms that affect our bodies include:

"The biology of human beings is not constant throughout the day, the menstrual cycle, and the year," says Michael Smolensky, Ph.D., director of the Chronobiology Center at the University of Texas. "Instead, it varies predictably in time."

Coordinating biological rhythms (chronobiology) with medical treatment is called chronotherapy. It considers a person's biological rhythms in determining the timing--and sometimes the amount--of medication to optimize a drug's desired effects and minimize the undesired ones.

According to Smolensky, patients are more likely to follow schedules for taking their medications when those medications are formulated as chronotherapies because of better medical results and fewer adverse side effects. "With better compliance, the disease can be better contained, which means fewer doctor visits and potential trips to the hospital because of acute flare-ups," he says.

The area in which chronotherapy is most advanced--drug chronotherapy--for the most part does not involve new medicines but using old ones differently. Revising the dosing schedule, reformulating a drug so its release into the bloodstream is delayed, or using programmable pumps that deliver medicine at precise intervals are some of the simple changes that may reap enormous benefits. Drugs that are reformulated as chronotherapeutics are regulated by the Food and Drug Administration.

Here's a look at how chronotherapy is being used or studied for various diseases.

Normal lung function undergoes circadian changes and reaches a low point in the early morning hours. This dip is particularly pronounced in people with asthma.

Chronotherapy for asthma is aimed at getting maximal effect from bronchodilator medications during the early morning hours. One example is the bronchodilator Uniphyl, a long-acting theophylline preparation manufactured by Purdue Frederick Co. of Norwalk, Conn., and approved by FDA in 1989. Taken once a day in the evening, Uniphyl causes theophylline blood levels to reach their peak and improve lung function during the difficult early morning hours. There are other bronchodilators that act similarly to address the early morning dip in lung function, but the manufacturers have not sought or received FDA approval for chronotherapeutic labeling.

Writing in the April 15, 1996, issue of Hospital Practice, Richard Martin, M.D., who directs the division of pulmonary medicine at the National Jewish Center for Immunology and Respiratory Medicine in Denver, stated his belief that "the key to managing [asthma] cases is chronotherapy. I have found that unless treatment improves nighttime asthma, it is hard to improve its daytime manifestations." For people with severe asthma who wake up several times a night gasping for breath, a good night's sleep can be a dream come true.

Chronobiological patterns have been observed with arthritis pain. People with osteoarthritis, the most common form of the disease, tend to have less pain in the morning and more at night. But for people with rheumatoid arthritis, the pain usually peaks in the morning and decreases as the day wears on. Recent animal studies showing that joint inflammation in rats fluctuates over a 24-hour period support these observations by both patients and physicians.

Chronotherapy for all forms of arthritis uses standard treatment, nonsteroidal anti-inflammatory drugs and corticosteroids; however, the dosages are timed to ensure that the highest blood levels of the drug coincide with peak pain.

For osteoarthritis sufferers, the optimal time for a nonsteroidal anti-inflammatory drug such as ibuprofen would be around noon or mid-afternoon. The same drug would be more effective for people with rheumatoid arthritis when taken after the evening meal. The exact dose would depend on the severity of the patient's pain and his or her individual physiology.

Animal studies suggest that chemotherapy may be more effective and less toxic if cancer drugs are administered at carefully selected times.

"The data in animals are very compelling," says Gerald Sokol, M.D., an oncologist with the division of oncology in FDA's Center for Drug Evaluation and Research. However, he says, additional studies in humans are needed.

"There really aren't any controlled trials demonstrating that chronotherapy for cancer is important," says Robert Justice, M.D., deputy director of the division. "I'm not saying it can't be. I just don't think it's been demonstrated."

Before chronotherapy could become part of standard cancer treatment, Sokol adds, it would have to be determined whether there is an optimal time to give a drug.

Also to be determined would be how to handle the logistics of giving drugs at scattered times throughout the day and night. "Chronotherapy means we can't bring in all our cancer patients in the morning to receive their drug therapies," says Sokol, who also has a hospital practice in Tampa, Fla. "Some patients may be better served by getting their drugs late in the afternoon or even at night."

Portable infusion pumps may hold the answer. "The patient can be sent home with an implantable pump that will automatically distribute the drug at the appropriate time," he explains.

The optimal timing of cancer surgery, particularly breast cancer, has also come under study. Some researchers believe that in premenopausal women, surgical cure of breast cancer is more likely if surgery is performed in the middle of a woman's menstrual cycle in the week or so following ovulation.

At the May 1996 International Conference on Breast Diseases in Houston, Umberto Veronesi, M.D., of the European Institute of Oncology in Milan, Italy, presented 20 years of follow-up data on nearly 1,200 premenopausal women who underwent surgery for breast cancer. Of patients who had surgery in the week following ovulation, 76 percent were tumor-free after five years, compared with 63 percent in patients who had surgery earlier in their menstrual cycle.

Many experts believe that any improved outcome is hormone-related. In the first half of the menstrual cycle, estrogen levels are high, and progesterone is not produced. In the second half, progesterone rises and estrogen falls. It is believed that progesterone may inhibit the production of some enzymes that help cancer spread.

However, some experts dispute the need to time breast cancer surgery according to the menstrual cycle. G.M. Clark, M.D., of the University of Texas Health Science Center at San Antonio, reported at the conference that retrospective analyses from at least 23 studies involving more than 6,000 patients failed to find any significant impact of the menstrual cycle division on breast cancer prognosis.

Chronotherapeutics present new challenges to regulators and scientists alike. For example, according to FDA's Sokol, chronotherapeutic clinical studies need to consider additional parameters not usually required of other clinical trials. Among additional factors that must be considered, he says, are:

Making chronotherapy the focus of more clinical trials would be welcome news to many in the medical community, according to a 1996 American Medical Association survey. The study found that about 75 percent of the doctors surveyed said they would like more treatment options to match a patient's circadian, or daily, rhythms.

But chronotherapy has a way to go, considering that only 5 percent of the doctors surveyed said they were "very familiar" with the subject.

"Chronotherapy is not well recognized in the medical community," Sokol says, "but awareness is increasing. The implications are broad in every area of medicine."

This article was written by Isadora Stehlin, a member of FDA's public affairs staff. It is reprinted with permission from the FDA, and originally appeared in the FDA Consumer Magazine. You can find more articles from the FDA at the FDA Website.

What You Need to Know About Prediabetes 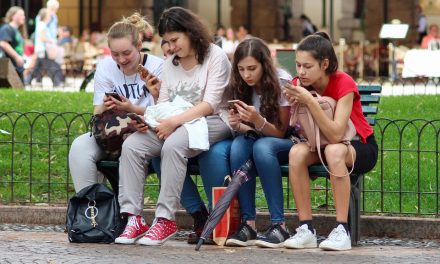 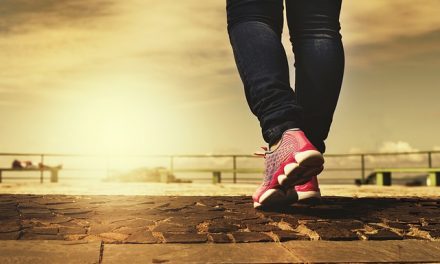