A Call for Increased Detection: Undiagnosed Diabetes and Related Eye Disease in Mexican-Americans

A research study of the Mexican-American population over age 40 found that the rate of diabetes in this group is 20 percent--almost twice that of non-Hispanic Whites--and that 15 percent of those with diabetes did not know that they had the disease before their participation in the study. The findings suggest that increased efforts to improve diabetes detection in Mexican-Americans may be warranted. These data are reported in a research paper published in the July 2001 issue of Diabetes Care, a journal of the American Diabetes Association.

Of the 15 percent who were newly diagnosed with diabetes, 23 percent had early to moderate diabetic retinopathy, a potentially blinding eye complication of diabetes, and another nine percent had advanced diabetic retinopathy and were in immediate danger of losing some vision. The study was sponsored by the National Eye Institute (NEI) and the National Center on Minority Health and Health Disparities (NCMHD), components of the Federal government's National Institutes of Health (NIH).

"These findings serve as a 'red flag,'" said Paul Sieving, M.D., Ph.D., director of the NEI. "The longer a person has untreated diabetes, the more likely the disease will cause complications.

In fact, diabetes increases the risk of blindness 25-fold over the general population. People with diabetes should be encouraged to seek regular eye care to increase the chances of early detection and timely treatment of diabetic eye disease."

"The onset of diabetes in the survey's newly diagnosed group was most likely between four to seven years earlier," according to Sheila West, Ph.D., El-Maghraby Professor of Preventive Ophthalmology at Johns Hopkins University School of Medicine in Baltimore and lead author of the paper. "It is important that diabetes be detected early, so it can be controlled before complications appear." Previous studies sponsored by the National Institute of Diabetes and Digestive and Kidney Disease at the NIH have shown that people with diabetes who keep their blood sugar, cholesterol, and blood pressure levels as close to normal as possible have much less vision loss, heart disease, kidney, and nerve damage.

"With early detection, timely laser surgery, and appropriate follow-up care, people with advanced diabetic retinopathy can reduce their risk of blindness by 90 percent," Dr. Sieving said. "But if people do not realize they have diabetes, their blood sugar levels may be high enough to cause vision loss and other complications before they receive appropriate medical care."

The study of the Mexican-American population also found that:

The study--called Proyecto VER (Vision Evaluation and Research)--assessed visual impairment in a population-based sample of 4500 Mexican-Americans age 40 and older living in Tucson and Nogales, Arizona. Proyecto VER was designed to address the prevalence and causes of visual impairment including diabetic retinopathy in this population group. In the United States, the Mexican-American population is the second largest minority group, and if current trends continue, will become the largest minority group during this century.

Fighting the Flu with More Than a Vaccine 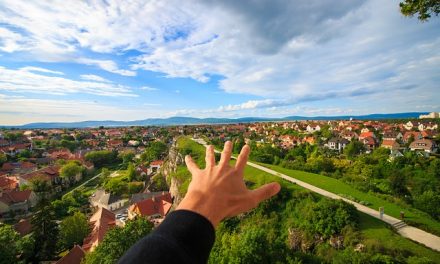