Coenzyme Q10: Should You Take This Supplement?

You may have heard claims that the supplement coenzyme Q10 can lower blood pressure, boost the immune system and improve certain heart diseases. There are also claims it can help fight cancer, Parkinson's disease, wrinkles, diabetes, gum diseases and many other problems.

It appears that taking a coenzyme Q10 supplement should be beneficial. Coenzyme Q10 is a vitamin-like compound found in the energy-producing center of each cell in the body. It plays a vital role in producing energy in cells.

It's also an antioxidant, a natural compound thought to protect against disease. And, concentrations of coenzyme Q10 decline with age and are low in people with diseases such as heart disease, Parkinson's disease, cancer and diabetes.

But according to the November issue of Mayo Clinic Health Letter, scientific evidence doesn't support most of the health claims. So far, it's not known if low coenzyme Q10 levels cause disease or if taking supplements can prevent or treat disease. Of the many coenzyme Q10 studies, most have been small. Many have not been "controlled," where some participants take a placebo.

However, some coenzyme Q10 studies appear to have scientific merit. There has been some evidence of benefit for people with Parkinson's disease, migraine and high blood pressure, but more studies are needed. So far, there's not enough evidence to make medical recommendations.

Talk with your doctor about the pros and cons before taking coenzyme Q10 to help treat a disease. The role for this supplement in any therapy is supportive at best. It's not a substitute for proper medical care.

More from our magazine:  Endocrinology and Type 1 Diabetes

Coenzyme Q10, often referred to as CoQ10 (sometimes written as CoQ10; other names include ubiquinone and ubiquinol) is a vitamin-like substance. CoQ10 helps cells make energy and acts as an antioxidant. Meats and seafood contain small amounts of CoQ10. Supplements are marketed as tablets and capsules.

Summary of the research findings
There have been few studies on CoQ10 and type 2 diabetes so far. The evidence is not sufficient to evaluate CoQ10's effectiveness as a CAM therapy in diabetes. CoQ10 has not been shown to affect blood glucose control. In theory, it might have use against heart disease in people with diabetes, but well-designed studies looking at heart disease outcomes are needed to answer this question.

Side effects and other risks
CoQ10 appears to be safe for most of the adult population. However, it may interact with and affect the action of some medicines, including warfarin (a blood thinner) and medicines used for high blood pressure or cancer chemotherapy. Other possible side effects of CoQ10 include nausea, vomiting, diarrhea, loss of appetite, and heartburn. 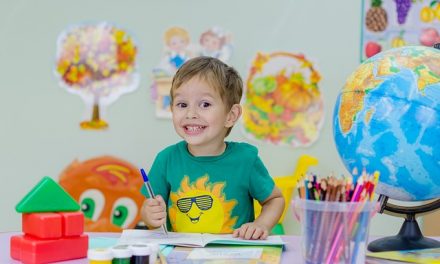 Back to School with Diabetes – Family Guide to Managing Diabetes 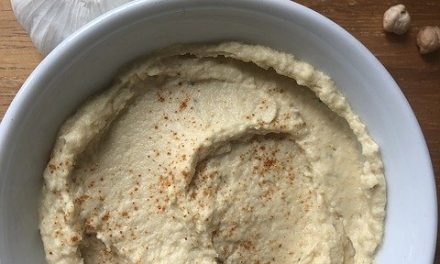 Gearing Up With Great-Tasting Garbanzos 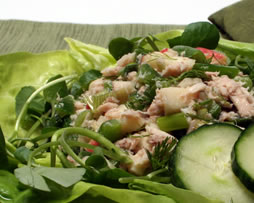 Tuna Salad with a Springtime Twist