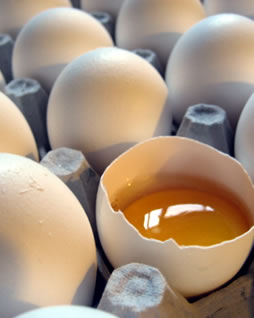 Eggs, which embody the renewal of spring, are perfect as both decoration and a dish on the Easter table.

For a festive brunch dish that is colorful and tasty as well as healthful, try an easy-to-make frittata, an egg dish Italian in origin, but now adapted in many countries, from Spain to Vietnam.

The American Heart Association (AHA) suggests a limit of three or four eggs a week for healthy adults. If eating high cholesterol foods is strictly off-limits, use cholesterol-free liquid egg substitutes and the whites alone.

Instead of the ham or other forms of pork so often found in frittatas, the Asian-style version below uses shrimp and other, more healthful ingredients.

The broccoli called for contains sulforaphane, one of the many powerful phytochemicals that help protect us against cancer and other serious illnesses. The scallions and red onion offer other phytochemicals, as do the garlic and ginger.

Scientists who study phytochemicals believe that the power of each individually is magnified what they call a synergistic effect when they are combined, as in this particular recipe, Sesame-Ginger Frittata with Broccoli and Shrimp.

The frittata is one of four found in The New American Plate Cookbook, which features 200 health-protective recipes for dishes ranging from soup to dessert.

More from our magazine:  No-fry Potato and Spinach Latkas

Sesame-Ginger Frittata with Broccoli and Shrimp

A New Take On Burgers 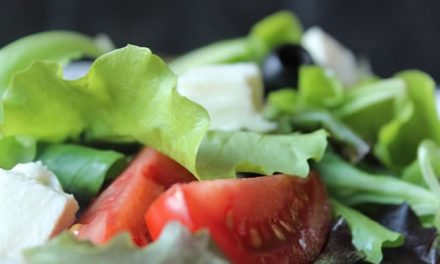