Miracle Drugs vs. Superbugs – Preserving The Usefulness Of Antibiotics

The historical scourge known as the bubonic plague killed up to one-third of Europe's population in the 1300s. But in modern times, it has been controlled handily with the help of antibiotic drugs such as streptomycin, gentamicin and chloramphenical.

That is, until 1995, when a plague infection in a 16-year-old boy from Madagascar failed to respond to the usual antibiotic treatments. This first documented case of an antibiotic-resistant plague, reported in the September 1997 New England Journal of Medicine, eventually succumbed to another antibiotic.

In the United States and globally, many other infectious germs, including those that cause pneumonia, ear infections, acne, gonorrhea, urinary tract infections, meningitis, and tuberculosis, can now outwit some of the most commonly used antibiotics and their synthetic counterparts, antimicrobials. According to the Mayo Clinic in Rochester, Minn., drug resistance may have contributed to the 58 percent rise in infectious disease deaths among Americans between 1980 and 1992.

Antibiotic resistance isn't a new problem; resistant disease strains began emerging not long after the discovery of antibiotics more than 50 years ago. Penicillin and other antibiotics, which were initially viewed as miracle drugs for their ability to cure such serious and often life-threatening diseases as bacterial meningitis, typhoid fever, and rheumatic fever, soon were challenged by some defiant strains.

"What's different now," explains David Bell, M.D., an expert on antimicrobial resistance with the national Centers for Disease Control and Prevention, "is that we've reached a situation where it's no longer an isolated problem of this bug or that bug; virtually all important human pathogens treatable with antibiotics have developed some resistance."

Despite the frightening trend, most people aren't likely to encounter a "superbug" that can outsmart all antibiotics, says Mark Goldberger, M.D., director of the Food and Drug Administration's division of special pathogen and immunologic drug products. "For the average person walking around on the street, the risk at the moment remains low."

Still, as one antibiotic's effectiveness wanes, doctors are forced in many cases to rely on more expensive and toxic drugs. Resistance is "a big problem and growing," says Linda Tollefson, director of surveillance and compliance in FDA's Center for Veterinary Medicine. "You're dealing with living microbes that have shown an incredible ability to accommodate antibiotics and come out winning. We have no idea what they are going to do next. Our fear is that we're seeing the tip of the iceberg."

To stop infectious germs from gaining ground, experts the world over, including doctors and scientists from FDA, CDC, and the World Health Organization, have been focusing since 1995 on finding ways to prolong the lives of antibiotics and to encourage drug companies to develop new "miracle drugs."

More from our magazine:  How Much Influence Do Medical Publications Have On Your Doctor?

Survival of the Fittest

Every time a patient takes penicillin or another antibiotic for a bacterial infection, the drug may kill most of the bacteria. But a few tenacious germs may survive by mutating or acquiring resistance genes from other bacteria. These surviving genes can multiply quickly, creating drug-resistant strains. The presence of these strains may mean that the patient's next infection will not respond to the first-choice antibiotic therapy. Also, the resistant bacteria may be transmitted to others in the patient's community.

Experts say the risk is greatest, but still not high, for those in hospitals, nursing homes, and other settings where people tend to be sick often. In these environments, people may be taking an array of antibiotics (one researcher estimates that 25 to 40 percent of hospital patients get intravenous antibiotics), increasing the chance of a resistant germ originating within their own bodies. Also, hospitalized patients are surrounded by others whose infectious diseases may spread, and their immune systems may be weakened and incapable of beating the infectious bugs.

Organisms that have already developed defenses against antibiotic attack include:

Other germs that have grown resistant to formerly reliable antibiotics include Neisseria gonorrhoeae, the cause of the sexually transmitted disease gonorrhea; the food poisoners Salmonella, Escherichia coli (E. coli) and other Enterobacteriaceae; and Mycobacterium tuberculosis, which causes TB. Data from Finland shown in the chart above (source: Centers for Disease Control and Prevention CAUSE newsletter, October 1997) suggest that as fewer doses (measured in units called "defined daily doses" per 1,000 inhabitants per day) of the antibiotic erythromycin were taken to treat group A streptococci, a decrease in resistance followed several years later.

Luckily, Goldberger says, there is a renewed interest among U.S. drug companies in developing new antibiotics to target organisms that are developing resistance. Earlier this year, an FDA advisory panel recommended approval for the antibiotic Synercid. If approved, it could be used to treat such hospital-acquired infections as pneumonia and some vancomycin-resistant infections of the bloodstream.

Too Much of a Good Thing

Experts say that doctors are sometimes quick to prescribe antibiotics for all sorts of symptoms, even though antibiotics work only against bacterial infections, not viruses such as the flu or the common cold. More than 50 million of the 150 million antibiotic prescriptions written each year for patients outside of hospitals are unnecessary, according to a recent CDC study.

Sometimes, doctors lack knowledge about the symptoms and natural course of respiratory illnesses, which contributes to overuse, according to a CDC editorial in the Sept. 17, 1997, Journal of the American Medical Association. Also, many doctors have told CDC they sometimes write prescriptions simply to meet patient demands.

Patients therefore must take some of the responsibility for the overprescribing problem, according to Stuart Levy, M.D., director of Tufts University's Center for Adaptation Genetics and Drug Resistance. "Patients have been left out of the formula. Overuse of antibiotics was felt to be a physicians' problem when it is really as much a patient problem."

Patients can do their part to help curb resistance: 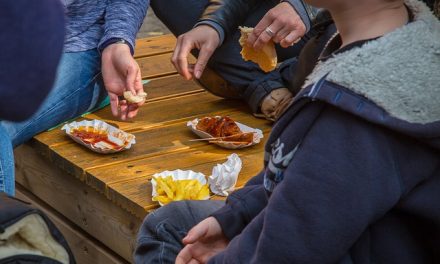 Junk Food: How Much is Too Much? 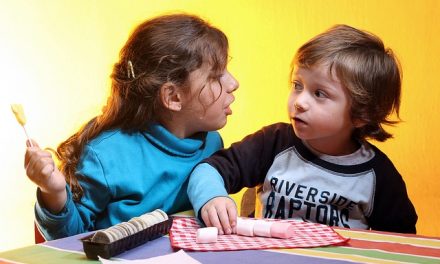