Saccharin has been used to sweeten foods and beverages without calories or carbohydrates for over a century. Its use was considerable during the sugar shortages of the two world wars, particularly in Europe.

For many people, saccharin is an integral part of their lifestyle. It is particularly important to those whose diets require a restriction of caloric or carbohydrate intake, such as persons with diabetes. Most health practitioners favor the use of a non-caloric sweetener like saccharin in weight reduction and for people with diabetes.

According to opinion research, people use saccharin to stay in better overall health, control weight or maintain an attractive physical appearance. Research also has shown that health professionals believe saccharin is especially beneficial to persons with diabetes and the obese, and helps reduce dental cavities.

Saccharin continues to be important for a wide range of low-calorie and sugar-free food and beverage applications. It is used in such products as soft drinks, tabletop sweeteners, baked goods, jams, chewing gum, canned fruit, candy, dessert toppings and salad dressings. Saccharin also is used in cosmetic products, vitamins and pharmaceuticals.

The current availability of saccharin and other low-calorie sweeteners, such as aspartame, acesulfame potassium, cyclamate and sucralose, allows manufacturers to utilize a "multiple sweetener approach" -- using the most appropriate sweetener, or combination of sweeteners, for a given product.

Saccharin has been the subject of extensive scientific research. It is one of the most studied ingredients in the food supply. Although the totality of the available research indicates saccharin is safe for human consumption, there has been controversy over its safety. The basis for the controversy rests primarily on findings of bladder tumors in some male rats fed high doses of sodium saccharin.

Considerable saccharin research, however, indicates safety at human levels of consumption. The average user of saccharin ingests less than one ounce of the sweetener each year.

The scientific data supporting saccharin's safety include the following:

In summary, the case against saccharin was based primarily on controversial high-dose rat studies in which a sensitive strain was fed the human equivalent of the sodium saccharin in hundreds of cans of diet soft drink a day for a lifetime.

Research conducted over the past 20 years has overwhelmingly demonstrated that saccharin does not cause cancer in humans. Saccharin's effects on the rat bladder relate to the salt form (sodium saccharin), diet, urine pH and sodium levels, protein concentrations and types of proteins, and the sex, age and strain of the rats fed sodium saccharin.

Other research indicates that the bladder tumors developed by male rats fed high doses of sodium saccharin are related to very high doses of the sodium salt and not saccharin per se. Sodium ascorbate (vitamin C) and sodium citrate, found in many foods and beverages, demonstrate similar effects.

In July 1997, the U.S. National Institutes of Health announced that its National Toxicology Program (NTP) was reviewing data that could delist saccharin from the federal government's Report on Carcinogens. This review was prompted by the Calorie Control Council's request to have saccharin delisted from the report. According to the Council, saccharin's presence on the list was wrong, misleading to consumers, and not based on current science.

In the 1997 announcement, NTP noted that saccharin was never listed as a "known" carcinogen, and that recent human studies have shown no link between saccharin and bladder cancer. NTP reviewed saccharin under its new criteria that allow for the consideration of mechanistic data, which demonstrate the manner in which a tumor develops.

According to saccharin researcher Dr. Samuel Cohen, Professor and Chairman of the Department of Pathology and Microbiology at the University of Nebraska Medical Center, who has performed such mechanistic studies, the feeding of high doses of a sodium salt, including sodium ascorbate (vitamin C) and sodium saccharin, to male rats alters the rat urine and leads to the formation of a precipitate which, in turn, may lead to the formation of rat bladder tumors. These sodium salts produce tumors only when administered at high doses and only in rats. Therefore, the mechanism by which the rats develop cancer is not present in humans.

"The lack of effect in mice, and more importantly in monkeys, combined with the strong epidemiological evidence from humans and our understanding of mechanism, strongly support the conclusion that exposure to saccharin does not pose a carcinogenic risk to humans," Dr. Cohen stated in a recent paper.

Two working groups of the International Agency for Research on Cancer (IARC) have recently agreed that the bladder tumors observed in male rats fed high doses of sodium saccharin are not relevant to man. IARC, too, considered mechanistic data in its evaluation of saccharin. IARC also downgraded its overall rating on saccharin from "possibly carcinogenic to humans" in 1987 to "not classifiable as to its carcinogenicity to humans" in 1998. IARC made its decision based on their findings that "there is strong evidence that the mechanism of carcinogenicity in experimental animals does not operate in humans."

In May 2000, the NTP released the 9th edition of its Report on Carcinogens and announced that saccharin had been delisted. The final decision was based on the recommendation of NTP Director Dr. Kenneth Olden, and endorsed by the then U.S. Secretary of Health and Human Services, Donna Shalala. The NTP report was submitted to Congress.

On December 21, 2000, the President signed federal legislation to remove the saccharin warning label that had been required on saccharin-sweetened foods and beverages in the U.S. since 1977. This legislation was a result of the National Toxicology Program's delisting of saccharin. After almost a quarter of a century, the book is finally closed on one of the major food safety scares of the seventies.

The extensive research on saccharin has been reviewed by many in the scientific community and by health groups interested in low-calorie sweeteners. These reviews have led to significant statements in support of saccharin. These comments include:

The saccharin controversy initiated a long overdue review of U.S. food safety laws. It resulted in a food policy report from the National Academy of Sciences that recommends thorough revision of the U.S. food regulatory system, which the report describes as "complicated, inflexible and inconsistent in application." Congressional consideration is being given to changes in food safety law.

In 1977, Congress passed a moratorium preventing an FDA-proposed saccharin ban. The moratorium has been extended seven times based on the scientific evidence, the counsel of qualified professionals, and the support of consumers. At a 1985 Senate hearing, then-FDA Commissioner Frank Young supported an extension of the moratorium, noting that FDA had less concern about saccharin than in 1977. The Commissioner added, "the actual risk, if any, of saccharin to humans still appears to be slight."

In 1991, the FDA formally withdrew its 1977 proposal to ban the use of saccharin. And, on December 21, 2000, then-President Clinton signed a bill that removes the warning label that had been required on saccharin-sweetened products in the U.S. since 1977. Government, scientists and industry are now all in agreement that saccharin is safe.

The continued availability of saccharin around the world allows it to remain a valued ingredient in many low-calorie foods and beverages, as it has been for over a century. 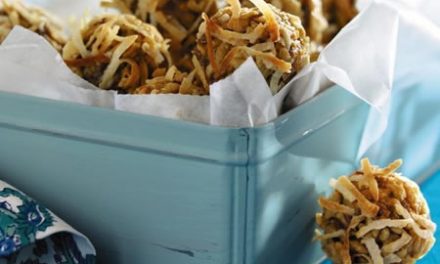 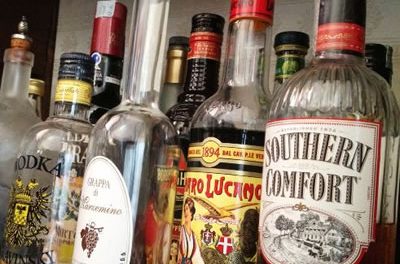 Halloween and Diabetes: Can You Drink Alcohol? 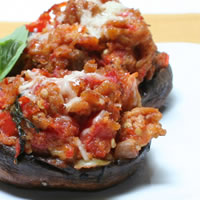 Learning the Tricks of the Trade