Research findings released today at the American Diabetes Association’s (ADA) annual meeting shed new light on the connection between diabetes and cardiovascular disease. The latest report from the NIH-sponsored Epidemiology of Diabetes Interventions and Complications study (EDIC) demonstrates that high blood glucose levels play a role in the development of atherosclerosis (hardening of the arteries), putting people with diabetes at increased risk for heart disease and stroke.

“Heart attacks and stroke are the major killers of people with diabetes. After following patients with type 1 diabetes for more than 12 years, we can conclude that patients who control their blood glucose significantly lower their risk for worsening atherosclerosis,” says David M. Nathan, M.D., co-chairman of the EDIC study and an investigator at Harvard Medical School.

In response to mounting scientific evidence on the connection between diabetes and cardiovascular disease, the National Diabetes Education Program (NDEP) today launched a new campaign to make people with diabetes aware of their high risk for heart disease and stroke and to tell them how they can take steps to lower that risk. The Be Smart About Your Heart: Control the ABCs of Diabetes campaign is a coordinated national response to this critical public health problem, involving over 200 partner organizations.

“If you have diabetes, you have the same high risk of having a heart attack as someone who has already had their first attack,” said Dr. Charles Clark, National Diabetes Education Program Chair. “Even worse, your chances of dying from your first heart attack are the same as someone without diabetes who has had a second heart attack.”

More from our magazine:  Pumpkin Squares

Management of three critical indicators is essential for reducing risk of heart attacks and strokes in people with diabetes: blood glucose (often called blood sugar), blood pressure, and blood lipids, including cholesterol and triglycerides. The Be Smart About Your Heart campaign tells people with diabetes to Control the ABCs of Diabetes:

“We want people to ask their health care providers three important questions about the ABCs of diabetes,” said Dr. Judith Fradkin, NDEP Executive Committee member and Director of the Division of Diabetes, Endocrinology, and Metabolic Diseases at the National Institutes of Health. 1)What are my A1C, blood pressure, and cholesterol numbers? 2)What are my treatment goals? 3)What do I need to do to reach my goals?

“We have come to learn that the devastating effects of cardiovascular disease do not have to happen to people with diabetes,” said Dr. Frank Vinicor, NDEP Executive Committee member and Director of the Division of Diabetes Translation of the CDC. “Managing the ABCs can make a real difference in the lives of people with diabetes.”

The National Diabetes Education Program (NDEP), a joint initiative of the National Institutes of Health and the Centers for Disease Control and Prevention, has worked for well over a year with its 200 partner organizations in this effort.

For more information about controlling diabetes, call the National Diabetes Education Program at 1-800-860-8747 or visit the program’s web sites at http://ndep.nih.gov or www.cdc.gov/diabetes on the Internet. 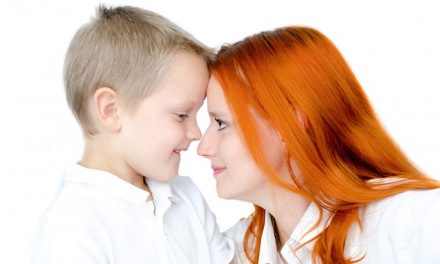 Reasons for Brain Tumor Increase Not Black and White