The Americanization of Garlic 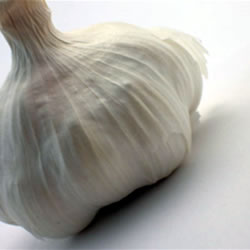 Before World War II, health experts encouraged Italian- and Greek-Americans to give up their traditional diet, then considered unhealthy because it was based on spaghetti, country-style bread and vegetables sauteed with garlic and bathed in olive oil.

American GIs returning from Europe after the war, who had enjoyed garlic as part of the local cooking, helped change our view of this full-flavored bulb. Having discovered how garlic, properly handled, enhances the flavor in soups, stews & sauces, they shared the Italians' enthusiasm for its flavor and aroma.

Then, in 1954, James Beard, who had served in the Navy, published his recipe for chicken roasted with 40 cloves of garlic. Although mind-boggling in concept for some cooks, the recipe became an instant success with those who were now comfortable using garlic. Soon, this Mediterranean classic became unavoidable at dinner parties.

I suspect this dish, which was considered adventurous, won more fans than the overly-pungent garlic bread also popular at the time. People discovered that roasting garlic tames its harsh flavor and caramelizes its sugar, making the creamy cloves taste almost sweet.

Once we got used to rubbing our salad bowl with a cut garlic clove to gently perfume the greens, and making pasta sauce from scratch, garlic was ready to become a star.

More from our magazine:  Penne with Roasted Eggplant and Savory Mushroom Ragout

At Chez Panisse, the trend-setting restaurant in Berkeley, California, chef-owner Alice Waters served a whole head of roasted garlic in 1971. She taught diners to press out its soft cloves and spread them across slices of bread.

So many other chefs followed her lead that roasted garlic has become as familiar as olive oil, used to lend its softer flavor to dressings, soups, even mashed potatoes.

Roasting garlic is easy if it is done slowly, in a preheated 325-degree oven. Expose the cloves by cutting off the top of the head and bake covered in foil about one hour, or until soft and tender. (Spraying with oil first keeps the cloves moist as they roast, or you can use a few drops of olive oil.)

A roasted head of garlic keeps for a week or more, so you can gradually use the cloves to season vegetables, dressings, soups and other dishes, or as a spread for bread.

If you don't have a head of garlic already roasted, you can gently saute the cloves needed for one dish in a pan with a little oil, until soft and golden, as in this treatment of spinach.

The Secret of Hoison Sauce 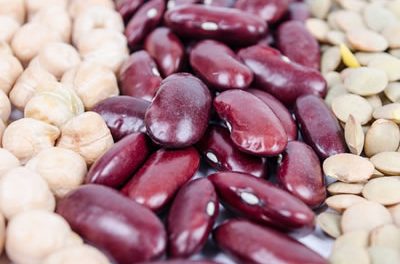 Getting Enough Fiber When You’re Living with Diabetes 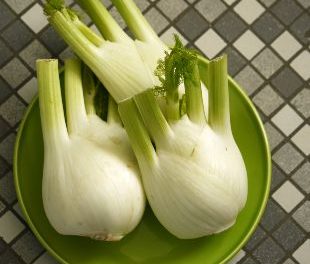