The Ins and Outs of Insulin Resistance

Although scientists have intensely studied insulin resistance for four decades, its link to conditions such as obesity, cardiovascular disease, hypertension, and diabetes has recently landed it squarely in the media spotlight. Despite this heightened focus, there?s still a lot to learn as scientists attempt to uncover new knowledge about insulin resistance and its effects on health. Until then, the questions and answers below provide a brief overview about what is known to date.

What is insulin resistance?

To better understand insulin resistance, let's review some basic biochemistry. Insulin is a hormone produced by the islet cells of the pancreas. When blood glucose (blood sugar) rises after food is eaten, the pancreas pumps out insulin, whose job is to shuttle glucose into cells, where glucose is used for energy or stored as glycogen.

To do its job, insulin must fit like a key into receptors lining the outside of the cell. Each cell contains 20,000 or more insulin receptors. Once inserted in the cell's receptors, insulin activates an enzyme in the receptors called tyrosine kinase. This triggers a series of events that allows glucose to enter the cell. With insulin resistance, the cells "resist" this process, so instead of entering the cell, glucose builds up in the blood. The pancreas responds by pumping out higher than normal levels of insulin in an attempt to reduce blood glucose to normal levels.

What are the symptoms?

Nearly everyone with type 2 diabetes is insulin resistant, and at least 25 percent of people with normal glucose tolerance are estimated to be severely insulin resistant but can secrete enough extra insulin to overcome the resistance. In the United States, the increasing prevalence of obesity and physical inactivity, both of which aggravate insulin resistance, has focused more attention on this condition.

That sounds like a lot of people. Should everyone be screened for insulin resistance?

No, says James Hill, PhD, director of the Center for Human Nutrition at the University of Colorado Health Sciences Center in Denver. "We don't yet know enough about insulin resistance to recommend population-wide screening and testing," says Hill. Besides, a simple screening test is not available and clear-cut laboratory values for the classification of insulin resistance do not exist, says Ann Coulston, MS, RD, a former American Dietetic Association president and Woodside, California-based nutrition consultant who conducted research on insulin resistance at Stanford University Hospital.

Will everyone with insulin resistance develop diabetes?

No. About 25 percent of people with insulin resistance eventually develop type 2 diabetes. This occurs when the islet cells in the pancreas either become abnormal or stop working because they cannot keep up with the increased demand for insulin.

"We don't know why only a subgroup of those with insulin resistance goes on to develop diabetes," says Robert Sherwin, MD, professor of medicine at Yale University in New Haven, Connecticut, and president-elect of the American Diabetes Association. "We do know that maintaining a healthy weight and participating in regular physical activity help reduce insulin resistance and the chance of developing diabetes."

What role does insulin resistance play in heart disease?

Reaven, whose research led him to first identify the concept of Syndrome X in 1988, says that more recent research has identified additional heart disease risk factors associated with insulin resistance. These include the presence of smaller, denser low-density lipoprotein (LDL) ("bad") cholesterol particles, increased levels of lipids in blood after eating, high uric acid levels, and high levels of plasminogen activator inhibitor type-1, which reduces the ability to break up blood clots. "With insulin resistance, risk for heart disease is a bigger problem than risk for diabetes," says Reaven.

According to some popular diet books, eating carbohydrates stimulates the pancreas to pump out too much insulin, especially in people who are insulin resistant. Authors of these books believe that the increased insulin levels promote the conversion of carbohydrates into fat, which is then stored as body fat.

This theory is flawed. First, although it is true that one of insulin's roles is to promote fat storage in the body, it plays this role only when too many calories are eaten, not when calories are in balance. "Insulin cannot make you fat-too many calories make you fat," says Reaven. "Insulin is a hormone, and hormones can't produce calories. The notion that either carbohydrates or insulin causes weight gain is a fantasy."

To date, only a few intervention studies have been performed with humans to investigate the optimal carbohydrate intake for insulin resistance. Of those studies conducted, the findings are not consistent. How do the experts' recommendations compare to current public health guidelines suggesting that 55 percent or more of daily calories come from carbohydrates?

More from our magazine:  Getting Outside Advice for Close Calls

"If you are insulin resistant, eating large amounts of carbohydrates will cause increased insulin secretion," says Reaven. "The increased insulin causes triglycerides to rise, HDL cholesterol to decrease, and LDL particles to become more atherogenic, which raises risk for heart disease." To blunt these responses in the insulin resistant, Reaven recommends a that diet comprises 45 percent carbohydrates and 40 percent fat (mostly monounsaturated and polyunsaturated). Coulston advises a diet of 50 percent carbohydrates and 30 to 35 percent fat.

Hill says the scientific evidence does not support recommendation of a lower-carbohydrate, higher-fat diet for insulin resistance. "We know that obesity aggravates insulin resistance. When you replace carbohydrates with fat, it's easier to eat too many calories," says Hill, who advocates a calorie-controlled, high-carbohydrate, low-fat diet. "People tend to be more successful at losing or maintaining their weight when they follow this approach."

Reaven says a high-carbohydrate diet is "wonderful" if it promotes weight loss because that reduces insulin resistance, but maintains that the moderate carbohydrate intake that he recommends is better because it raises HDL cholesterol levels and lowers triglyceride levels, thus promoting heart health.

Here the experts agree: The most powerful steps for reducing insulin resistance are to achieve and maintain a healthful body weight and engage in regular physical activity.

"Losing weight increases insulin sensitivity and decreases blood insulin and triglyceride levels," says Coulston. "An overweight person can start to see improvements with even a 10-pound weight loss." However, weight loss must be maintained to sustain these improvements. Research shows that, among insulin-resistant individuals, physical activity increases the ability of insulin to bring glucose into muscle cells and use it for energy. Most intervention studies have examined the effects of aerobic exercise, but some studies show that resistance training also brings about positive effects.

Regular physical activity is key, though, or the positive effects begin to disappear within a few days. Sherwin recommends 30 minutes of aerobic exercise that elevates the heart rate to a desirable level 4 days per week. However, for sedentary individuals, he acknowledges that, "Any amount of activity is better than nothing, and more moderate exercise such as brisk walking improves insulin sensitivity and decreases risk for heart disease and high blood pressure."

What's on the research horizon?

Researchers are examining the genetic factors that may help provide an understanding of the causes of insulin resistance and help target specialized therapies for subpopulations such as members of particular ethnic groups, postmenopausal women, and children. Stay tuned as more of the answers to the questions surrounding this complex condition continue to unfold. 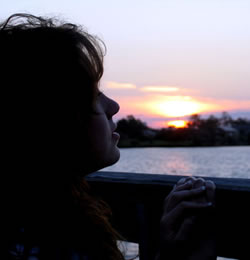