Tossing and Turning No More: How to Get a Good Night’s Sleep

For years, there were no refreshing lulls between days for Lauren Ero. Rather than waking up feeling clearheaded and healthy, the 37-year-old mother of two spent four years perpetually listless and moody.

"Those years are like a fog to me. I just remember how hard it was and how hopeless I felt," she says. "I would be more tired in the morning than when I went to bed the night before. I was too exhausted to do even day-to-day activities like taking care of my kids and things around the house."

Ero was suffering not from depression, as one doctor surmised based on her look-alike symptoms of despondent mood and irritability, but from insomnia.

The definition of insomnia, according to the American Sleep Disorders Association (ASDA), is difficulty falling asleep or staying asleep. If it occurs every night or most nights for an extended time, like Ero's, it's called chronic insomnia.

According to ASDA estimates, more than 35 million Americans suffer from this long-lasting type of insomnia, with 20 to 30 million others suffering shorter-term sleeplessness. Men and women of all ages experience insomnia, but it is more common in the elderly and in women, especially after menopause. The consequences of a "Sleepless Society" can be serious.

Like a headache or fever, insomnia may be a symptom of another problem. It can result from something as simple as anticipating a stressful event, like a test or meeting, or from a longer-lasting stressful circumstance, such as a sick child or troubled marriage. Even worrying about having a tough time falling asleep may itself prevent a person from drifting off.

Other common causes of nighttime wakefulness include environmental disturbances, such as noise from traffic or television, an uncomfortable temperature, or light from the sun or other source; use of alcohol or stimulants, such as caffeine or nicotine; and erratic hours, like those of shift workers and people whose air travel takes them across time zones.

Sometimes short-term insomnia may go away on its own or with simple changes in daytime or sleep-time habits. (See "Wooing Sleep.") If these lifestyle changes don't work, the careful use of sleeping pills approved by the Food and Drug Administration may help provide temporary relief from insomnia.

A doctor can help choose an appropriate medicine. One factor to consider is the drug's half-life, or the time it takes to be cleared from the body. Drugs with shorter half-lives are less likely to have carry-over sedation that affects daytime functioning.

A second factor is the drug's toxicity. Because of their lower risk of overdose, the newer benzodiazepines and benzodiazepine-like drugs are used more often to treat insomnia than barbiturates and other older drugs. Among the most commonly prescribed benzodiazepine sleep-aids are flurazepam (Dalmane), estazolam (ProSom), quazepam (Doral), temazepam (Restoril), and triazolam (Halcion). The prescription sleep-aid zolpidem (Ambien) is in the imidazopyridine class of drugs.

As a rule, these sleeping pills should be used only for short periods because of the risk of developing dependency and withdrawal symptoms when the drugs are stopped. So, while they may help with short-term insomnia induced by jet lag, shift work schedule changes, or short-term stress, they should generally not be used for chronic insomnia because of their potential addictiveness and because they can mask underlying medical problems.

Some other sleep-aids are available without a prescription, including diphenhydramine (in Nytol, Sleep-Eze, and Sominex) and doxylamine (in Unisom Nighttime). These products contain a sedating antihistamine and, like prescription drugs, must be used with care. Even if taken at night, they can cause daytime drowsiness, which can make driving and other tasks risky.

Unlike short-term sleeplessness, chronic insomnia is often a symptom of a serious underlying medical disorder. Depression and other psychiatric disorders account for many cases of insomnia, as do wholly physical illnesses, such as asthma, arthritis, Parkinson's disease, kidney or heart disease, and hyperthyroidism.

Sleep apnea is among the most common and most dangerous types of sleep disorder. An estimated 18 million Americans have the condition, which is marked by repeated episodes of cessation of breathing during sleep that over time can lead to high blood pressure, cardiac disease, and disordered thinking.

Sleep apnea was the culprit in Lauren Ero's case. After two years of trying various antidepressants that offered her no relief, Ero sought a second medical opinion and was sent for a sleep analysis.

"Then it was really obvious what it was," says Ero, who recently began working for the American Sleep Apnea Association. "It was a classic case."

The tests revealed what Ero didn't know and what her husband hadn't found alarming: Ero was snoring. But her "snoring" problem was distinct from the merely annoying type because she was also gasping for air throughout the night--possibly tens of times each hour--which repeatedly roused her out of her refreshing, deep sleep. The results were the telltale signs of sleep apnea: excessive daytime sleepiness and difficulty functioning.

Obstructive sleep apnea is by far the most common type. Breathing is interrupted when air can't flow into or out of the nose or mouth. The reason for the blockage could be an over-relaxation of the throat muscles and tongue, which partially blocks the airway or, in obese people, an excess amount of tissue in the airway. Those with receding chin lines are also at higher risk for developing obstructive sleep apnea.

In the less common form, central sleep apnea, breathing is stopped not because the airway is closed but because the diaphragm and chest muscles stop working.

Mild cases of obstructive sleep apnea can sometimes be treated by making simple behavioral changes, such as avoiding alcohol, tobacco, and sleeping pills; losing weight; and sleeping on one's side. Also, oral devices to prevent obstruction of the airway by holding the tongue or jaw forward may help with mild cases.

The most common effective treatment for obstructive sleep apnea is nasal continuous positive airway pressure, or CPAP. The patient wears a soft plastic mask over his or her nose while sleeping. A device supplies pressurized room air through a flexible tube attached to the mask. The pressurized air acts as a splint to prevent the airway from collapsing.

"You have to get used to wearing a mask while you sleep," says Ero, who has been using the CPAP device nightly since 1996. "But you feel so much better, it's worth the hassle. Within two weeks after starting to use it, I felt like a different person. I have so much energy now."

Surgery to increase the size of the airway is another possible option for sleep apnea treatment. The removal of adenoids and tonsils, especially in children, or other growths or tissue in the airway is sometimes effective, as are other, relatively more risky surgical procedures, including uvulopalatopharyngoplasty (shaving of the excess soft tissues in the mouth and throat) and tracheotomy (creating an opening in the neck through the windpipe) for the most severe cases.

The newest device for this condition is Somnoplasty, used to treat mild cases of sleep apnea. It is a radio frequency surgical device that shrinks the soft palate in a half-hour outpatient procedure. FDA approved the Somnoplasty device in July 1997.

Just as snoring isn't always a sign of dangerous apnea, neither is a sleepless night or two necessarily a medical emergency. Sometimes sleep patterns differ based on simple factors like age and lifestyle.

Bob Rappaport, M.D., a sleep medicine specialist, neurologist, and FDA drug reviewer, encourages people to consider getting help if their sleeplessness persists and appears to be unrelated to life circumstances.

Wooing Sleep A jokester's definition of insomnia: When you keep a bunch of innocent sheep jumping over a fence all night just because you can't get to sleep.

Experts agree that the time-honored practice of counting sheep or doing another such monotonous task may help induce sleep. Sleep specialists provide these additional tips to help you reach dreamland.

Melatonin? Many Americans in search of more satisfying slumber are buying the hormone melatonin at their local health food stores. Melatonin-containing products are marketed as dietary supplements, which can be sold without FDA's premarket review or approval.

Researchers, including those at a 1996 National Institutes of Health conference about melatonin and sleep, caution melatonin users about the absence of scientific studies to prove that melatonin is safe and helpful in treating insomnia.

"Public fervor for melatonin runs far ahead of the scientific evidence to support it," states an article about the NIH workshop in the Journal of the American Medical Association, referring to the reported $200 million to $350 million U.S. market for the hormone.

"People are taking melatonin and we are trying to figure out what it does," said one researcher who attended the NIH meeting. "We are going about it backward."

NIH sleep expert James Kiley, M.D., agrees that many questions about the supplement remain unanswered: "We need some research to address the concerns about melatonin and its safety and efficacy."

Help for the Weary These organizations can provide information on sleep and sleep apnea, as well as other sleep disorders, such as narcolepsy (an overwhelming sleepiness at inappropriate times) and restless legs syndrome (an unpleasant burning, itching or tugging in the legs while sitting or lying down that creates an irresistible urge to move). 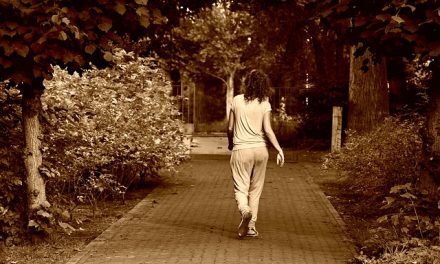 Walking for Exercise: A Step in the Right Direction 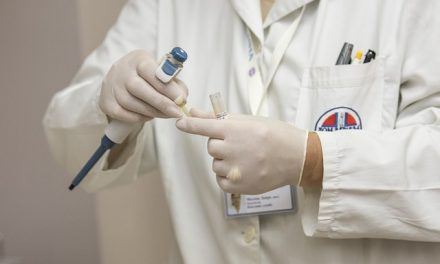 High Blood Cholesterol: What You Need to Know 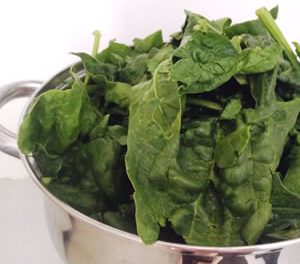 The Goodness of Greens