Asian-Style Fish in a Flash 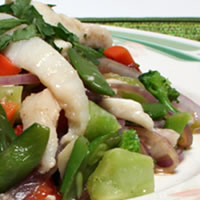 Stir up some classic Asian flavors with this easy, versatile recipe. This seafood favorite is a great way to avoid heating up the oven on a hot summer evening; a quick stir-fry and dinner is ready in minutes.

The dominant flavors in this dish are found in the sauce, which includes oyster and soy sauces. While traditional soy sauce can contain over 1000 milligrams of sodium per tablespoon, choosing a reduced-sodium variety cuts the sodium by almost half. Rounding out the flavor profile, a touch of sesame oil, expressed from sesame seeds, imparts a nutty, savory taste.

Fresh ginger also features prominently in our stir-fry. Ginger, which is not really a root, but a rhizome - a tuber-like stem that grows underground - has been eaten for its medicinal properties for centuries. Studies suggest that ginger is effective in treating nausea caused by motion sickness, surgery and chemotherapy.

Ground coriander lends its warmth to the dish as well. It is commonly believed to be one of the first spices used by man. History notes its use as early as 5000 BC, when it is mentioned in Sanskrit writings. Although it is from the same plant family as cilantro, coriander is not interchangeable with its cousin.

Note that the recipe calls for frozen mixed vegetables. Although cooks with more time to spare may wish to dice fresh veggies instead, those in a hurry need not worry: Frozen vegetables are the nutritional equivalent to fresh. If you are opting for fresh produce, snow peas, mushrooms and bok choy work nicely in this dish.

More from our magazine:  Lemony Sugar Snap and Chicken Stir-Fry 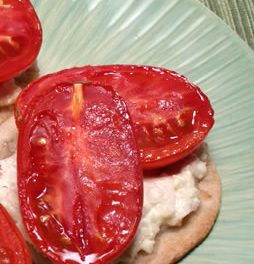 Spicing Up Your Salads 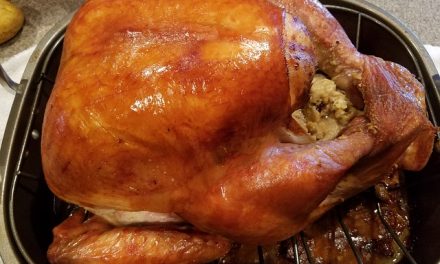 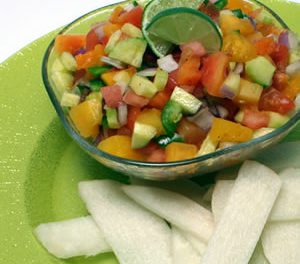