Can Your Kitchen Pass the Food Safety Test? 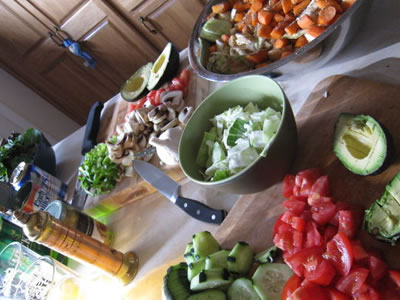 They can help, but a truly “clean” kitchen–that is, one that ensures safe food–relies on more than just looks: It also depends on safe food practices.

In the home, food safety concerns revolve around three main functions: food storage, food handling, and cooking. To see how well you’re doing in each, take this quiz, and then read on to learn how you can make the meals and snacks from your kitchen the safest possible.

Choose the answer that best describes the practice in your household, whether or not you are the primary food handler.

Answers To The Quiz

20 points: Feel confident about the safety of foods served in your home.

12 to 19 points: Reexamine food safety practices in your home. Some key rules are being violated.

11 points or below: Take steps immediately to correct food handling, storage and cooking techniques used in your home. Current practices are putting you and other members of your household in danger of food-borne illness.

When several members of a household come down with sudden, severe diarrhea and vomiting, intestinal flu is often considered the likely culprit. But food poisoning may be another consideration.

A true diagnosis is often never made because the ill people recover without having to see a doctor.

Health experts believe this is a common situation in households across the country, and because a doctor is often not seen for this kind of illness, the incidence of food-borne illness is not really known.

A task force of the Council for Agricultural Science and Technology, a private organization of food science groups, estimated in 1994 that 6.5 million to 33 million cases of food-borne illness occur in the United States each year. While many reported cases stem from food prepared by commercial or institutional establishments, sporadic cases and small outbreaks in homes are considered to be far more common, according to the April 1995 issue of Food Technology.

Cases of home-based food-borne illness may become a bigger problem, some food safety experts say, partly because today’s busy family may not be as familiar with food safety issues as more home-focused families of past generations.

And, in looking at age differences, the survey found that nearly 40 percent of respondents younger than 40 indicated they did not adequately wash cutting boards, while only 25 percent of those 60 and over indicated the same.

The increased use of convenience foods, which often are preserved with special chemicals and processes, also complicates today’s home food safety practices, said Joseph Madden, Ph.D., strategic manager for microbiology in FDA’s Center for Food Safety and Applied Nutrition. These foods, such as TV dinners, which are specially preserved, give consumers a false idea that equivalent home-cooked foods are equally safe, he said.

To curb the problem, food safety experts recommend food safety education that emphasizes the principles of HACCP (Hazard Analysis Critical Control Point), a new food safety procedure that many food companies are now incorporating into their manufacturing processes. Unlike past practices, HACCP focuses on preventing food-borne hazards, such as microbial contamination, by identifying points at which hazardous materials can be introduced into the food and then monitoring these potential problem areas. (See HACCP: Patrolling for Food Hazards in the January-February 1995 FDA Consumer.)

“Basically, consumers need to make sure they’re not defeating the system by contaminating the product.”

Lead leached from some types of ceramic dinnerware into foods and beverages is often consumers’ biggest source of dietary lead, says John Jones, Ph.D., strategic manager for pesticides and chemical contaminants in FDA’s Center for Food Safety and Applied Nutrition. (See “Lead Threat Lessens, But Mugs Pose Problem” in the April 1993 FDA Consumer and “An Unwanted Souvenir: Lead in Ceramic Ware” in the December 1989-January 1990 FDA Consumer.) Here are some tips to reduce your exposure:

High temperature use of some microwave food packaging material may cause packaging components, such as paper, adhesives and polymers, to migrate into food at excessive levels. For that reason, choose only microwave-safe cooking containers. Never use packaging cartons for cooking unless the package directs you to do so.

According to FDA’s Jones, there has been speculation linking aluminum to Alzheimer’s disease. The link has never been proved, he said, but if consumers are concerned, they should avoid cooking acidic foods, such as tomato sauce, in aluminum pans. For other uses, well-maintained aluminum pans–as well as stainless steel, copper and iron pots and pans–present no apparent hazards.

Insect and Rodent Droppings, and Dirt 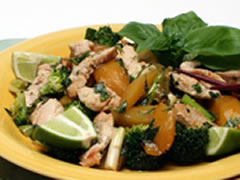 Put Some Zest Into the Spring Season

Springtime Is Prime Time For Artichokes 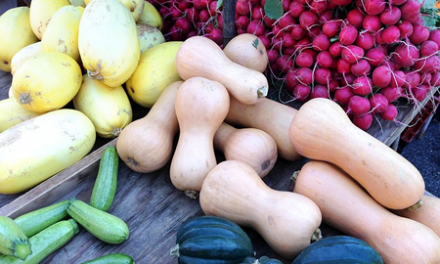 Vegetables Straight From The Market To The Oven 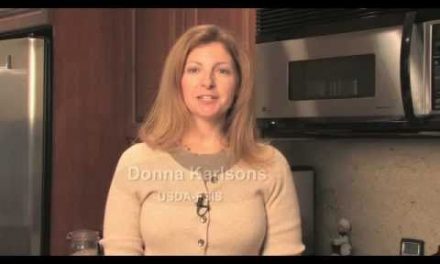 Understanding the Product Dating Codes and Shelf Life for Turkey