Today, diabetes mellitus is one of the most serious health challenges facing the United States. The following statistics illustrate the magnitude of this disease among African Americans.

Diabetes mellitus is a group of diseases characterized by high levels of blood glucose. It results from defects in insulin secretion, insulin action, or both. Diabetes can be associated with serious complications and premature death, but people with diabetes can take measures to reduce the likelihood of such occurrences.

Most African Americans (about 90 percent to 95 percent) with diabetes have type 2 diabetes. This type of diabetes usually develops in adults and is caused by the body's resistance to the action of insulin and to impaired insulin secretion. It can be treated with diet, exercise, diabetes pills, and injected insulin. A small number of African Americans (about 5 percent to 10 percent) have type 1 diabetes, which usually develops before age 20 and is always treated with insulin.

Diabetes can be diagnosed by three methods:

Each test must be confirmed, on another day, by any one of the above methods. The criteria used to diagnose diabetes were revised in 1997.1

How Many African Americans Have Diabetes?

Figure 1 shows the prevalence for African American men and women based on the most recent national study, the NHANES III survey conducted in 1988-94.2 The proportion of the African American population that has diabetes rises from less than 1 percent for those aged younger than 20 years to as high as 32 percent for women age 65-74 years.

In every age group, prevalence is higher for women than men: overall, among those age 20 years or older, the rate is 11.8 percent for women and 8.5 percent for men.

About one-third of total diabetes cases are undiagnosed among African Americans. This is similar to the proportion for other racial/ethnic groups in the United States.2

National health surveys during the past 35 years show that the percentage of the African American population that has been diagnosed with diabetes is increasing dramatically.3 The surveys in 1976-80 and in 1988-94 measured fasting plasma glucose and thus allowed an assessment of the prevalence of undiagnosed diabetes as well as of previously diagnosed diabetes. In 1976-80, total diabetes prevalence in African Americans age 40-74 years was 8.9 percent; in 1988-94, total prevalence had increased to 18.2 percent--a doubling of the rate in just 12 years.2

What Risk Factors Increase the Chance of Developing Type 2 Diabetes?

The frequency of diabetes in African American adults is influenced by the same risk factors that are associated with type 2 diabetes in other populations. Two categories of risk factors increase the chance of developing type 2 diabetes. The first is genetics. The second is medical and lifestyle risk factors, including impaired glucose tolerance, gestational diabetes, hyperinsulinemia and insulin resistance, obesity, and physical inactivity.

The common finding that "diabetes runs in families" indicates that there is a strong genetic component to type 1 and type 2 diabetes. Many scientists are now conducting research to determine the genes that cause diabetes. For type 1 diabetes, certain genes related to immunology have been implicated. For type 2 diabetes, there seem to be diabetes genes that determine insulin secretion and insulin resistance. Some researchers believe that African Americans inherited a "thrifty gene" from their African ancestors. Years ago, this gene enabled Africans, during "feast and famine" cycles, to use food energy more efficiently when food was scarce. Today, with fewer such cycles, the thrifty gene that developed for survival may instead make the person more susceptible to developing type 2 diabetes.

In some people, their blood glucose level after a meal or after an oral glucose test rises higher than is considered normal but not high enough for them to be diagnosed with diabetes. These individuals are described as having impaired glucose tolerance (IGT). IGT may be an early stage of diabetes, and people with IGT are at higher risk of developing type 2 diabetes than people with normal glucose tolerance. Rates of IGT among adults age 40-74 years in the NHANES III survey were similar for black (13 percent) and white (15 percent) Americans.2

About 2 to 5 percent of pregnant women develop mild abnormalities in glucose levels and insulin secretion and are considered to have gestational diabetes. Although these women's glucose and insulin levels often return to normal after pregnancy, as many as 50 percent may develop type 2 diabetes within 20 years of the pregnancy.

Overweight is a major risk factor for type 2 diabetes. The NHANES surveys found that overweight is increasing in the United States, both in adolescents and in adults. Figure 2 illustrates these data and also shows that African American adults have substantially higher rates of obesity than white Americans.6,7

How Does Diabetes Affect African American Women during Pregnancy?

Several studies have shown that the occurrence of gestational diabetes in African American women may be 50 percent to 80 percent more frequent than in white women.

African Americans with diabetes experience kidney failure, also called end-stage renal disease (ESRD), about four times more often than diabetic white Americans.10 In 1995, there were 27,258 new cases of ESRD attributed to diabetes in black Americans.11 Diabetes is the leading cause of kidney failure and accounted for 43 percent of the new cases of ESRD among black Americans during 1992-1996. Hypertension, the second leading cause of ESRD, accounted for 42 percent of cases. In spite of their high rates of ESRD, African Americans have better survival rates after they develop kidney failure than white Americans.10

Based on the U.S. hospital discharge survey, there were about 13,000 amputations among black diabetic individuals in 1994, which involved 155,000 days in the hospital.12 African Americans with diabetes are much more likely to undergo a lower-extremity amputation than white or Hispanic Americans with diabetes. The hospitalization rate of amputations for blacks was 9.3 per 1,000 patients in 1994, compared with 5.8 per 1,000 white diabetic patients. However, the average length of hospital stay was lower for African Americans (12.1 days) than for white Americans (16.5 days).

Does Diabetes Cause Excess Deaths in African Americans? 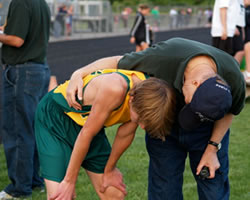 Kids In Your Care With Diabetes 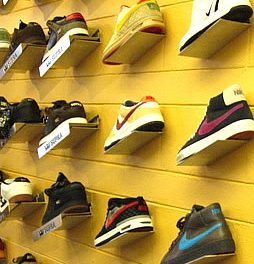 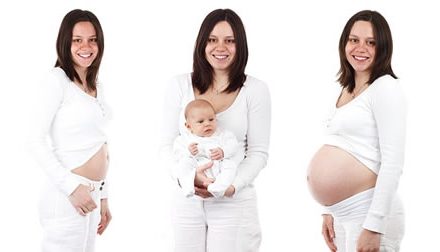 What is a good blood sugar level?