When the pain reliever acetaminophen was developed in the 1950s, it was only available under its brand name, Tylenol. Today, acetaminophen can be found in many generic and store-brand versions. Similarly, many drug products, prescription and over-the-counter, have generic versions available. An estimated 44 percent of all prescriptions in the United States are filled with generic drugs.

New drugs are developed by innovator firms. Patents protect these companies' investments by giving them the sole right to sell the drug while the patents are in effect. When patents or other periods of exclusive marketing for brand-name drugs are near expiration, manufacturers can apply to the Food and Drug Administration to sell generic versions.

The law that allows approval of generic products, the Drug Price Competition and Patent Term Restoration Act of 1984, builds in certain protections for the original drug developer (including patents and marketing exclusivities), but also allows drug sponsors of identical products to apply for FDA approval without repeating the original developer's clinical trials. The law also encourages generic firms to challenge innovator patents by awarding marketing exclusivity to the first generic version challenger.

Generic drugs are safe, effective and FDA-approved. According to Gary Buehler, M.D., director of the FDA's Office of Generic Drugs, "People can use them with total confidence."

Here are some frequently asked questions about generic drugs and answers from the FDA:

Q: What are generic drugs?

A: A generic drug is a copy that is the same as a brand-name drug in dosage, safety, and strength, how it is taken, quality, performance, and intended use.

Q: Are generic drugs as safe as brand-name drugs?

A: Yes. The FDA requires that all drugs be safe and effective. Since generics use the same active ingredients and are shown to work the same way in the body, they have the same risks and benefits as their brand-name counterparts.

Q: Are generic drugs as strong as brand-name drugs?

A: Yes. The FDA requires generic drugs to have the same quality, strength, purity and stability as brand-name drugs.

Q: Do generic drugs take longer to work in the body?

A: No. Generic drugs work in the same way and in the same amount of time as brand-name drugs.

A: Generic drugs are less expensive because generic manufacturers don't have the investment costs of the developer of a new drug. New drugs are developed under patent protection. The patent protects the investment--including research, development, marketing, and promotion--by giving the company the sole right to sell the drug while it is in effect. As patents near expiration, other manufacturers can apply to the FDA to sell generic versions. Because those manufacturers don't have the same development costs, they can sell their product at substantial discounts. Also, once generic drugs are approved, there is greater competition, which keeps the price down. Today, almost half of all prescriptions are filled with generic drugs.

Q: Are brand-name drugs made in more modern facilities than generic drugs?

A: No. Both brand-name and generic drug facilities must meet the same standards of good manufacturing practices. The FDA won't permit drugs to be made in substandard facilities. The FDA conducts 3,500 inspections a year to ensure standards are met. Generic firms have facilities comparable to those of brand-name firms. In fact, brand-name firms are linked to an estimated 50 percent of generic drug production. They frequently make copies of their own or other brand-name drugs but sell them without the brand name.

Q: If brand-name drugs and generics have the same active ingredients, why do they look different?

Q: Does every brand-name drug have a generic counterpart?

A: No. Brand-name drugs are generally given patent protection for 20 years from the date of submission of the patent. This provides protection for the innovator who laid out the initial costs (including research, development, and marketing expenses) to develop the new drug. However, when the patent expires, other drug companies can introduce competitive generic versions, but only after they have been thoroughly tested by the manufacturer and approved by the FDA.

Q: What is the best source of information about generic drugs?

A: Contact your physician, pharmacist, or insurance company for information on your generic drugs. Also, visit the FDA Web site at www.fda.gov/cder/ogd/.

More from our magazine:  Insulin Resistance Poses Many Health Risks 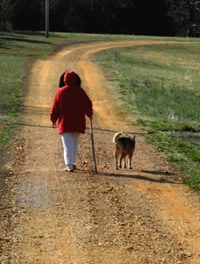 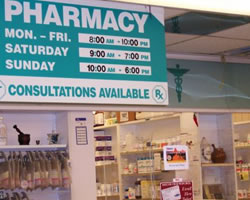