In Samoa, native healers called "taulasea" use the leaves of a small tree to treat back pain and abdominal swelling. They use the roots to treat diarrhea and the wood to treat yellow fever. That same tree is being studied by chemists and biologists with the National Cancer Institute as a possible treatment for AIDS.

Besides the Samoan tree, scientists with NCI's Developmental Therapeutic Program in Frederick, Md., are screening thousands of other plants and animals from around the world looking for treatments for cancer as well as AIDS.

"Natural products drug discovery research is nothing new," says Michael Boyd, M.D., Ph.D., who led the current revival of natural products research at NCI and the development of NCI's new anti-tumor and anti-HIV (AIDS virus) screening tests essential to these efforts. "In cancer chemotherapy, some of the best drugs we have today are natural products. The same is true for almost any class of medicinal agent."

Although there are no approved anti-cancer drugs derived from marine organisms, the marine environment has tremendous potential as a future source of drugs, according to Boyd. Several novel compounds that show potential anti-tumor activity have been isolated in recent years, and one compound, dideminim B, an extract from an organism known as the sea squirt (Didemnidae species), is the first to enter clinical trials for testing against several kinds of cancer.

While the discovery of medicinal drugs from natural products isn't new, the approach of the NCI program is. "The new thing about this particular program is the degree of emphasis and the novelty of the biological test systems that we are developing," says Boyd.

That "degree of emphasis" means that greatly expanded activity and resources are being concentrated on finding specimens for screening. Since 1988, NIH has had contracts with marine biologists and botanists to collect over a five-year period approximately 15,000 marine organisms, mainly from the Great Barrier Reef off Australia, and 20,000 plants from places such as Samoa and the rain forests of South America and Africa.

Many of the plant collectors are ethnobotanists, who study the relationship between plants and people. In many cultures, that relationship includes using plants to treat disease.

"The search for medicinal plants is a little more difficult than just going into an area and throwing everything you see into a bag," says Michael Balick, Ph.D., director of the Institute of Economic Botany at the New York Botanical Gardens. "First you have to search out healers and others with knowledge of indigenous plants."

Although the preparation for an ethnobotanical search is time-consuming, in the long run this approach saves time, according to botanist Paul Cox in a 1989 article in the journal Economic Botany. "Because ethnobotanical data provide important clues to plants that have pharmacological activity, an ethnobotanical screen of a flora is likely to be far more efficient and productive than a random screen," writes Cox.

Finding the healers and uncovering the folklore of medicinal plants requires a lot of preparation and knowledge of more than just botany. For example, Janice Jutila, a graduate student in ethnobotany at Brigham Young University, says that her knowledge of Japanese culture and language was the "big plus" that made her trip to Okinawa in 1988 so successful.

"If I was just coming in from America, saying 'Here I am, I'm speaking English, and I want to take some of your plants back with me,' I think they would have said 'We don't understand what you're saying. Go back to America.'"

She says that several people were reluctant to speak to her until they realized that she had a real interest not only in the plants but in the people and their culture as well.

Once in Okinawa, "I just walked around until I found a little drugstore that stocked herbal medicine," says Jutila. The owner of the drugstore put her in touch with the owners of an herbal tea company who, in effect, became her agents, setting up interviews and taking her all over the island to collect plants.

Efficiency is a watchword for those involved in the effort to identify medicinal plants and marine organisms. "The urgency to examine the plant kingdom for new pharmaceuticals is particularly acute due to the continuing loss of plant lore in traditional cultures," writes Cox. In addition, the plants and marine organisms themselves may be disappearing due to pollution and urban development.

Researchers are focusing on tropical rain forests and barrier reefs due to the tremendous diversity of plants and simple organisms. In addition, Boyd explains, because their native habitat is crowded, the plants and marine life frequently develop toxins in an effort to eliminate each other.

Getting Ready for the Lab

Once the plants have made it out of the jungle, the assorted twigs, bark and leaves are carefully bagged and labeled and shipped to NCI's repository in Frederick, Md. Marine organisms such as sponges are shipped frozen. There the specimens are labeled with bar codes, and the codes are logged into computer banks. Large, walk-in freezers hold the specimens until the labs are ready for them.

The next stop for samples is the extraction lab, which is part traditional lab, part sawmill, and part kitchen. Because the potential drug may be only one of many chemicals that make up the plant or animal, this lab is the beginning of a multi-step process to break down and separate the specimens into smaller and smaller parts.

Plants go to the "sawmill" side of the lab, and with the help of power saws and other milling equipment "we turn everything into sawdust," says lab manager Tom McCloud. The frozen marine samples are pur}ed, then stored in cake pans until ready to be extracted.

To extract different substances from the samples, the researchers first treat them with methylene chloride and then with water. It is at this point that the extracts--usually it's a tarry-looking sludge, says Boyd--are finally ready for screening for potential activity against HIV or cancer.

The screening tests are all in vitro--in test tubes and petri dishes--a key element to the potential success of this program, says Boyd.

One plant or animal can produce several extracts, and each extract may be made up of thousands of elements. Since the aim of this program is to test thousands of plants and animals, traditional in vivo screening (in living animals such as rats and mice) "rapidly becomes unmanageable and prohibitively expensive," says Boyd. In addition, animal testing isn't as sensitive, so many promising compounds could be missed.

"The in vitro cell line screen is at least 100 times more sensitive than a primary in vivo screen," says Boyd. "The enhanced sensitivity of the screens will allow discovery of less "potent" substances and substances present at low concentrations."

Boyd adds that the new screen also increases the chances of discovering novel agents that work against specific cancers. "That may be even more important than sensitivity," Boyd says.

Samples for screening are then revived (thawed) and cultured as needed. Substances found active against certain of the cancer lines in the in vitro screen are then tested in vivo against the same kind of lines implanted in laboratory mice.

Although the process sounds simple, it's been a "five-year ordeal to get [the screen] up and running," says Boyd. "The [anti-tumor] screen is truly unprecedented in its scope and complexity."

During 1989, the screen was run primarily on known compounds to develop a basis for comparing test substances. Starting in 1990, the screening shifted to the thousands of samples stored at NCI's natural products repository. NCI researchers are also using the screen on new compounds submitted to NCI by cancer researchers worldwide.

When the time comes to test an extract for anti-cancer activity, the cancer cells in the screen are stained pink. If the extract is effective--that is, toxic to the cells--the color will fade as the cancer cells die. The less color, the more promise.

The opposite result signals success with the anti-HIV screen. Healthy cells that have been inoculated with the AIDS virus are stained--orange in this case. If the color doesn't fade, it indicates that the extract got to the virus before the virus killed the normal cells.

For example, an extract from the bark of Homalanthus acuminatus, the Samoan tree mentioned in the beginning of this article, has shown potent activity against the AIDS virus in the anti-HIV screen.

NCI researchers have also screened extracts from blue-green algae and have already found some to be very active against the AIDS virus.

"Most people think of blue-green algae as just simple pond scum," says Boyd. "That's just as false an assumption as you can imagine because there are thousands and thousands of different kinds of so-called blue-green algae."

Once an extract shows promise, the natural products chemistry lab separates the extract into basic components. For example, a chemical process called high performance liquid chromatography turns the black, tarry-looking sludge into white powders and gold liquids. "It's amazing what you can fish out of these black goos," says chemist Kirk Gustafson. Then the screening process starts all over again on the various components isolated by the chemists.

Finally, with the isolated active ingredient detected by the screen, special instruments such as a nuclear magnetic resonance spectrometer and a mass spectrometer "fingerprint" the structure to determine its chemical identity.

Even with the discovery of a promising extract, there is still a long way to go before reaching the goal--a drug to treat cancer or AIDS. Tests on animals and finally clinical human trials require several years to obtain proof of safety and effectiveness.

The success of any of these natural products against disease could prove bittersweet if the plant can't be collected or grown in sufficient quantity or the extract can't be reproduced synthetically.

Usually it is a problem to make these natural product compounds in the lab, explains Boyd. "Often [these extracts] are very inapproachable by known chemistry," says Boyd. "They have very complex structures."

For example, taxol, an extract from the bark of the Pacific yew tree, is currently being tested in people as a treatment for ovarian cancer. But taxol "can't be made chemically," says Boyd, "so the challenge is to get enough of the trees." One solution, explains Boyd, may be to grow seedlings of the yew tree and "harvest" the taxol by pruning the branches.

Meanwhile, collecting plants and marine organisms--both those with proven success and those with only promise and folklore to back them up--continues around the world.

"You can't do natural products drug discovery research by testing a few samples here and there," Boyd says. "You have to look at a wide diversity of things to have any hope of . . . defeating the probability of not finding the things."

Diabetes And Your Nerves 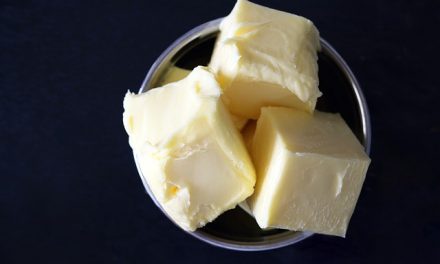