How Are Insulin Resistance, Pre-Diabetes, And Type 2 Diabetes Linked?

If you have insulin resistance, your muscle, fat, and liver cells do not use insulin properly. The pancreas tries to keep up with the demand for insulin by producing more.

Eventually, the pancreas cannot keep up with the body's need for insulin, and excess glucose builds up in the bloodstream. Many people with insulin resistance have high levels of blood glucose and high levels of insulin circulating in their blood at the same time.

People with blood glucose levels that are higher than normal but not yet in the diabetic range have "pre-diabetes." Doctors sometimes call this condition impaired fasting glucose (IFG) or impaired glucose tolerance (IGT), depending on the test used to diagnose it.

If you have pre-diabetes, you have a higher risk of developing type 2 diabetes, formerly called adult-onset diabetes or noninsulin-dependent diabetes. Studies have shown that most people with pre-diabetes go on to develop type 2 diabetes within 10 years, unless they lose 5 to 7 percent of their body weight -- which is about 10 to 15 pounds for someone who weighs 200 pounds -- by making modest changes in their diet and level of physical activity. People with pre-diabetes also have a higher risk of heart disease.

More from our magazine:  What You Need to Know About Prediabetes

Type 2 diabetes is sometimes defined as the form of diabetes that develops when the body does not respond properly to insulin, as opposed to type 1 diabetes, in which the pancreas makes no insulin at all.

At first, the pancreas keeps up with the added demand by producing more insulin. In time, however, it loses the ability to secrete enough insulin in response to meals.

Insulin resistance can also occur in people who have type 1 diabetes, especially if they are overweight. 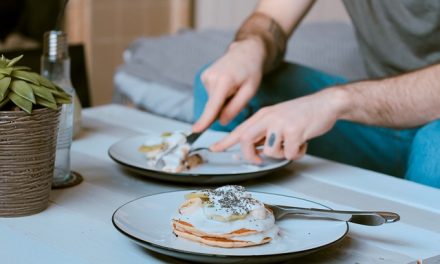 Men: What Eating Group Are You In?