Incontinence Can Be Controlled

No one wants to talk about it. Patients don't bring it up. Physicians don't ask. Meanwhile, millions suffer in silence as urinary incontinence erodes their quality of life. When it is discussed, all too often, patients are told--incorrectly--that it's a normal consequence of aging and that they should just get used to it. Misconceptions about incontinence abound among health-care professionals and the public alike.

At least 13 million Americans experience urinary incontinence, the involuntary leakage of urine sufficient to be a problem, and 11 million of them are women, according to the National Institute of Diabetes and Digestive and Kidney Diseases (NIDDK). Incontinence is also more common in older people. It's not surprising that about half of nursing home residents are incontinent since it's a major cause of institutionalization, according to numerous sources. But that doesn't mean it's a normal part of being a woman or of aging.

"Incontinence is never normal at any age," says Neil Resnick, M.D., chief of gerontology at Brigham and Women's Hospital, Boston, and an associate professor of medicine at Harvard Medical School. "It's treatable in the vast majority of people, most of whom have full continence restored. Most of the remaining people can at a minimum be improved," he says.

Despite its prevalence, urinary incontinence is widely underdiagnosed and underreported, and many health-care providers remain uneducated about it, according to a 1996 clinical practice guideline update from the Agency for Health Care Policy Research. It's also expensive. Americans spent about $27.8 billion on incontinence in 1995, according to NIDDK. The health-care impact is likely to increase as the baby boomers age.

Fortunately, the outlook is improving. This new generation of patients is less willing to let shame and embarrassment silence them, some doctors say. And there are more treatment options than ever before, including two new devices FDA approved just last summer. Treatment can improve the quality of life for millions of people.

"Patients are so overwhelmingly grateful--it's a thrill," says James M. Cummings, M.D., assistant professor of surgery in the division of urology at Saint Louis University School of Medicine. "Even if you only improve them some, even if you don't make them dry, they're still very grateful because they see a big difference in their lives."

That's important because a variety of medical, emotional and social problems often accompany incontinence. Rashes, skin infections, pressure sores, and urinary tract infections are among the complications that can result from incontinence. More devastating are sleep disturbances, restricted social interactions, reduced sexual activity, loss of self-esteem, and depression. Employment may become difficult or impossible. Some people quit going out altogether, and many of the joys of life fade away.

"This is a problem of major magnitude, even though it's not something people die from like cancer or heart disease," Cummings says.

Also, dependence on absorbent products may decrease a person's motivation to seek medical help. That delay could be dangerous because certain serious conditions can cause incontinence--for example, tumors of the brain, spinal cord, bladder, or prostate. These tumors aren't common, but they're treatable only if found early. In any case, incontinence is a symptom that something has gone wrong.

Normally, the kidneys continually filter blood, removing waste and producing urine, which travels down tubes called ureters into the bladder, a muscular sac behind the pelvic bone. The bladder expands to store urine and contracts to expel it. The tube that empties the bladder is the urethra. A valve-like sphincter muscle encircles the top of the urethra at the bladder neck, preventing leakage. Spinal nerves coordinate the actions of the bladder and the sphincter.

Infants empty their bladders by reflex. When the bladder fills and stretches beyond a certain point, it signals the spinal cord, which triggers the sphincter to relax and the bladder to contract. Young children gradually develop control over this process. Bladder stretching registers consciously as discomfort, and the brain learns to suppress the reflex. The more the bladder stretches, the more urgent the desire to urinate.

Incontinence can occur for many reasons. Urinary tract infections, vaginal infection or irritation, constipation, and certain medications may cause temporary incontinence. A variety of other problems can cause persistent incontinence: weakness of the bladder, the sphincter, or the muscles that support the bladder; overactive bladder muscles; a blocked urethra (from prostate enlargement or surgery); neurologic disorders; and immobility. Anything that damages the nerves or muscles at the bottom of the pelvis, or the pelvic floor, increases the risk. Anatomical differences between the sexes affect the underlying causes and the tendency for certain types of incontinence to develop.

There are several types of incontinence:

The Risks of Weight-Control Surgery 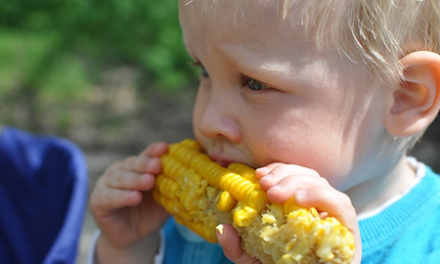 How Much Influence Do Medical Publications Have On Your Doctor?