Imagine a cocktail party conversation in 1966 turning to menopause. It would have been as unlikely as a female high school student yearning to be a soccer star.

But times have changed. Just as participating in sports has now become significant to many young women so has being open and even activist about menopause become equally important to their mothers.

The first women of the post-World War II generation known as baby boomers are reaching the age of 50, one year away from the average age of menopause among U.S. women. By the end of this century, more women than ever before will be experiencing the sometimes uncomfortable symptoms that accompany the end of menstruation and natural childbearing capacity.

For many years, U.S. doctors knew little about and paid little attention to menopause. "About 20 years ago, medical attitudes started changing," says Isaac Schiff, M.D., chief of obstetrics and gynecology, Massachusetts General Hospital. "We Ob-Gyns used to think that when women reached age 50, they weren't interested in sex anymore. But studies in retirement communities showed otherwise. We also began to see an increase in the female life expectancy. When a woman reaches age 50, she typically has another 30 years to live. As physicians, we became interested not only in the quantity of her life, but the quality of it."

The pace of medical inquiry has accelerated over the last five years, as the first of the baby boomers turned 45 and started experiencing menopausal symptoms. "It's not uncommon to hear it discussed at cocktail parties," says Schiff. "This is a radical turn-around from the way the mothers of these women treated it. Speak to a 50-year-old woman and she'll say, my mother never discussed it with me."

With such thinking, a new attitude toward treatment and research has emerged, says Schiff. Until recently, there were few studies on menopause. One of the largest and potentially most fruitful is the Women's Health Initiative, sponsored by the National Institutes of Health, which will study 164,500 women of various racial and ethnic backgrounds across the United States. The scientific investigation, which will not be completed until 2005, is expected to find out whether a low-fat diet, hormone replacement therapy, calcium, and vitamin D might prevent heart disease, breast and colorectal cancers, bone fractures, and memory loss.

As many as 15 to 25 percent of postmenopausal American women take hormone replacement therapy, according to an article in the January 1995 issue of the Journal of Obstetrics and Gynecology by Diane Wysowski, Ph.D., of the Food and Drug Administration, and colleagues. Women take estrogen to alleviate menopausal symptoms, especially hot flashes (sometimes called by doctors "hot flushes"), and also to protect bones.

Since the 1940s, FDA has approved many estrogen drugs to reduce menopausal symptoms. In the 1980s, FDA also began approving specific estrogen drugs to prevent osteoporosis (literally "porous bones," a condition in which bones break easily). The agency has approved four estrogen drugs--Premarin, Estraderm, Estrace, and Ogen--for long-term use to prevent osteoporosis. Other approved uses for estrogen drugs include the treatment of symptoms of vaginal atrophy, which may include itching, burning or dryness around the vagina, certain abnormal uterine bleeding conditions due to hormonal imbalance, and the comfort-promoting treatment of certain advanced cancers.

Many scientists believe that estrogen may fight heart disease by lowering harmful cholesterol (LDL), raising beneficial cholesterol (HDL), and strengthening the lining of the blood vessels, but this has not been clearly proven. Some research also suggests that estrogen may help prevent memory loss and Alzheimer's disease, but the scientific evidence remains speculative.

Nearly all the studies on heart disease and cognitive function have been retrospective or "look back" studies. The Women's Health Initiative Study will be prospective, that is, future-oriented, says Deborah Smith, M.D., a medical adviser in FDA's Office of Women's Health. Researchers will select a group of generally healthy women to treat and observe for a number of years to see if, and at what rate, they develop symptoms. Elements of the study will be scientifically controlled and data freshly recorded. Most important, treated and untreated women will be equally healthy at the start of the study. Retrospective studies depend on information sometimes clouded by time and memory loss, and women selected by their doctors for hormone replacement have usually been healthier than the women not so prescribed.

"The other important difference about the Women's Health Initiative is that it includes a clinical trial of estrogen," says Jacques Rossouw, the lead project officer for the study. "Participants will have an equal chance of being on either estrogen or a placebo, and any differences in their health at the study's end can be ascribed to the estrogen."

Estrogen is most commonly prescribed in pill form. It is also available in transdermal patches, which allow the drug to be slowly absorbed into the bloodstream, in vaginal creams, which treat localized discomforts.

Estrogen replacement therapy is not risk-free. "There's been much experimental evidence and patient experience showing estrogen given alone can lead to endometrial cancer," says FDA's Smith. For that reason, a woman who still has a uterus is usually prescribed progestin in addition to estrogen. This significantly reduces the risk of abnormal changes in the uterine lining.

The drug's labeling also includes warning about abnormal blood clotting. Clots can cause a stroke, heart attack, or pulmonary embolus, any of which can be fatal.

Estrogen can produce uncomfortable side effects such as nausea and vomiting. It can enlarge breasts and make them tender. Women who use it can also retain excess fluid, which can aggravate conditions like asthma, epilepsy, migraines, and heart and kidney disease. A spotty darkening of the skin, particularly on the face, can occur.

For women who take progestin along with estrogen, menstrual-like bleeding and premenstrual symptoms often occur. Also under study is whether adding progestin counters the potential heart-protective effects of estrogen.

It is not known whether estrogen use increases the risk of breast cancer, or what effect adding progestin would have on this risk. In recent years, many studies on breast cancer and estrogen use have been conducted, with conflicting results, says Smith. Last year, following the publication in June 1995 of opposing views in two of the nation's most prestigious medical journals, the New England Journal of Medicine and the Journal of the American Medical Association, NIH scientists advised women to consult their "medical caregiver for advice that is based on the individual's own personal health profile." Physicians urge women who receive estrogen therapy to have regular breast examinations by a health professional, perform monthly self-exams, and have yearly mammograms starting at age 50.

The medical term for the usually gradual period of change leading into natural menopause is "perimenopause." The two to three years following the last period are called the "climacteric." According to the American College of Obstetricians and Gynecologists, the average age of menopause in the United States is around age 51. But some women go through natural menopause as early as age 35, while others don't experience it until their late 50s. Menopause occurs at any age with surgical removal of the ovaries.

During perimenopause, estrogen production is low and the ovaries stop producing eggs. As estrogen levels decline, certain signs may appear. The most common sign, the one that doctors sometimes call the "hallmark" of menopause, is the hot flash. A hot flash is a sudden rush of heat to the neck, face, and possibly other parts of the body that may last from 30 seconds to five minutes. Some women go from feeling hot to feeling cold. The hot flash may begin with a sudden tingling in the fingers, toes, cheeks, or ears.

Some people used to think the hot flash didn't exist, that it was "all in a woman's head," says Smith.

Ironically, it is in a woman's head--but it has a very real physical cause. The hot flash is an alteration in thermal stability, which is maintained by the hypothalamus, a brain region located above the pituitary gland on the brain's floor. The hypothalamus operates the body's temperature regulation system. Estrogen levels manipulate some functions of the hypothalamus. During menopause, as the ovaries produce less estrogen, the hypothalamus senses and responds to the lower estrogen levels by rapidly changing body temperature. The result may be a hot flash.

Perspiration, sometimes extreme sweating, can accompany hot flashes. Many of them typically occur in the middle of the night, which causes some women to have trouble falling back to sleep. How many women are affected by hot flashes has not been clearly determined, and the reported numbers depend in part on whether healthy populations or women in medical settings are surveyed. Some scientists say as few as 30 percent of women are afflicted by them; others believe the figure is much higher.

Obese women are less likely to have hot flashes because they have more estrogen, which is converted from adrenal hormones by stored fat. Many women cope with hot flashes by trying to relax until the discomfort passes and by lowering the room temperature, dressing in light layers of clothing, avoiding spicy food, and cutting back on caffeine and alcohol.

Vaginal dryness is another symptom of estrogen decrease and may lead to painful intercourse, vaginal infections, and urinary problems. Over-the-counter vaginal lubricants (Replens and others) may help. Prescription estrogen replacement creams are approved by FDA to relieve these symptoms.

Other symptoms attributed to menopause include difficulty concentrating, depression, headache, memory loss, a feeling of insects crawling across the skin, and lower backaches, which may be related to osteoporosis.

Barbara Sherwin, Ph.D., at the University of Toronto, and colleagues have been researching an association between menopause and memory loss, even Alzheimer's disease, and whether estrogen can halt these problems. Sally Shumaker, Ph.D., of the Bowman-Gray School of Medicine, North Carolina, is leading a $16 million study, the Women's Health Initiative Memory Study, to determine whether estrogen treatment affects a woman's risk of developing dementia after age 65. Wyeth-Ayerst Laboratories is funding the study.

Probably the disease with the strongest link to menopause is osteoporosis. Scientists believe women can help control bone loss with weight-bearing exercises, including walking, running or weightlifting. A low-fat diet, rich in calcium and vitamin D, is also believed to be important, as are cutting back on alcohol and stopping smoking. FDA has approved a nonhormonal drug to treat osteoporosis.

Despite its sometimes annoying, peripheral problems, more than ever before menopause is now seen as a natural process, not a disease. "There's nothing embarrassing about it," says Schiff. "It's healthy. It's physiologic."

It is such new thinking that best explains why at cocktail parties and other places baby boomers congregate that menopause is a hot conversation topic.

What’s New in the Operating Room?

Questions To Ask About Your Diabetes Medicines 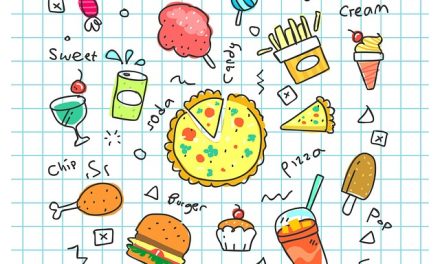 The Truth About Choosing Medical Treatments