Take a Break from the Groaning Board

In the midst of a holiday season studded with rich foods, it can be a relief to have a simple meal. A frittata, an Italian-style omelet, is a good choice for a light main course at breakfast, lunch, or dinner.

A frittata is an open-faced Italian omelet in which the ingredients are mixed with the eggs rather than being folded inside, as in a French omelet.

And, unlike French omelets, a frittata is firm and set rather than runny. French omelets are made individually - quickly, over high heat.

A frittata is cooked slowly over low heat and, with a large enough pan, one frittata, as with one pizza, can feed a crowd.

Eggs are not prohibited in a healthful diet, and they are an inexpensive source of protein and other nutrients. Yes, they are high in cholesterol. But, depending on your cholesterol levels, and what else you eat the rest of the day, a few eggs a week can be a regular part of a healthful diet for most individuals.

For example, limiting meat, poultry and seafood portions and avoiding high-fat dairy products all day earns you an egg. Eggs are not associated with any increase in cancer risk, and they are a good source of protein and other nutrients - it's only the cholesterol content that is of concern.

A substantial amount of research suggests that in many people, blood cholesterol is affected much less by cholesterol in food than by the amount of saturated fat, which is usually high in the sausage, bacon and cheese typically eaten with eggs.

More from our magazine:  A Middle Eastern Salad Suited to the American Table

Use phytochemical-rich spinach, leeks and chives to add extra flavor and color as well as health benefits to the frittata. High consumption of vegetables in the onion-garlic family has been linked with almost 50 percent lower risk of prostate cancer.

Frittata with Spinach and Leeks 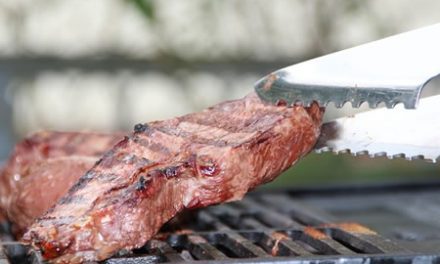 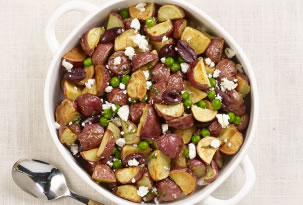 12 Easter Side Dishes to Go With Ham

Steaming Has Place At A Seasonal Table