Tea: A Story of Serendipity

As legend has it, one day in 2737 B.C. the Chinese Emperor Shen Nung was boiling drinking water over an open fire, believing that those who drank boiled water were healthier. Some leaves from a nearby Camellia sinensis plant floated into the pot. The emperor drank the mixture and declared it gave one "vigor of body, contentment of mind, and determination of purpose."

Perhaps as testament to the emperor's assessment, tea--the potion he unwittingly brewed that day--today is second only to water in worldwide consumption. The U.S. population is drinking its fair share of the brew; in 1994, Americans drank 2.25 billion gallons of tea in one form or another--hot, iced, spiced, flavored, with or without sugar, honey, milk, cream, or lemon.

A serving of tea generally contains about 40 milligrams of caffeine (less than half as much caffeine as in coffee), but the actual levels vary depending on the specific blend and the strength of the brew. Decaffeinated tea is also available.

Many tea drinkers find the beverage soothing, and folk medicine has long valued it as a remedy for sore throats and unsettled stomachs. Recent studies have shown that certain chemicals in tea called polyphenols may help reduce the risk of far more serious illnesses, including atherosclerosis and some cancers, although the data are not conclusive.

Two leaves and a bud at a time--This is the secret of fine tea picking. The work is done chiefly by women, who carry light bamboo baskets strapped to their backs.

Tea comes in black, green and oolong varieties, all produced from the leaves of Camellia sinensis, a white-flowered evergreen. The method of processing the leaf distinguishes the three types. (Herbal teas are made from leaves of other plants. FDA requires that herbal tea labels carry the name of the plant the product derives from, such as chamomile.

The traditional method of producing black tea begins with withering. The plucked leaves are placed on shelves called withering racks, where excess moisture is removed. They are then rolled in special machines that release the leaves' enzymes and juices, which give tea its aroma and taste. Next, the leaves ferment in a room with controlled temperature and humidity; finally they are dried in ovens. More recently some processors have forsaken the traditional method to speed production by using machines that finely chop the leaves, thereby cutting the time for withering and fermenting.

Green tea is made by steaming or otherwise heating the leaves immediately after plucking to prevent the fermentation that makes black tea. Then the leaves are rolled and dried.

Oolong tea is fermented only partially--to a point between black and green. While the leaves wilt naturally, enzymes begin to ferment them. Processors interrupt the fermentation by stirring the leaves in heated pans, then rolling and drying them.

Different varieties of Camellia sinensis grow in different geographic areas and produce leaves that vary from a very small China leaf, perhaps one-half to three-quarters of an inch long, to the Assam leaf, which may be 3 or 4 inches long. Certain varieties are better suited than others for a particular processing method. For example, the China leaf from China and Formosa produces the best oolongs.

More from our magazine:  Eggplant: Improving the Odds for a Good One

Scented and spiced teas are made from black tea. "Scented teas look just like any other tea," says FDA chemist and tea expert Robert Dick, "because the scent is more or less sprayed on. They're flavored with just about anything--peach, vanilla, cherry. The spiced teas, on the other hand, usually contain pieces of spices--cinnamon or nutmeg or orange or lemon peel--so you can see there's something in there."

In brewing, flavor and color come out of the larger leaves more slowly than out of the broken and fine grades. The broken grades, which make up about 80 percent of the total black tea crop, produce a stronger, darker tea. The grades have nothing to do with the quality or flavor of tea; they simply refer to leaf size.

"Technically, except for fannings and fines, the terms should apply only to black, or fermented, tea," Dick says, "but nowadays I often see oolongs labeled "orange pekoe," and even some green teas are labeled pekoe or flowery pekoe."

Tea tastes vary, and one aficionado who squirts lemon in his cup may cringe at the sight of another pouring milk or honey. But no matter how the tea may be doctored, in the United States the odds are overwhelming that it starts out black. Nearly 95 percent of all tea consumed here is black, according to the New York City-based Tea Council of the U.S.A.; 4 percent is green, 1 percent oolong, and 1 percent flavored.

That wasn't always the case, and our proclivity for drinking black tea over green or oolong may have been influenced by events in history. Sixty years ago and more, the amount of black and green tea Americans drank was split fairly evenly--each accounting for about 40 percent of the market--with oolong constituting the rest. During World War II, however, the major sources of green tea--China and Japan--were cut off from the United States, leaving us with tea almost exclusively from British-controlled India, which produces black tea. Americans came out of the war drinking nearly 99 percent black tea.

With the Korean War in the 1950s, uncertainties about tea supplies resurfaced, and the United States began to look for other suppliers.

"Argentina filled the bill," Dick says, "because tea could grow very fast there. Although the country didn't produce an outstanding tea, it produced a good average tea."

Today, most of our tea comes from Argentina, China (which got back into the U.S. market in 1978), and Java. Thirty years ago most of it came from India and Ceylon (now Sri Lanka). Argentine black tea is the kind most used for iced tea, and that's another reason black tea dominates the U.S. market.

More from our magazine:  The Infinite Possibilities of Spinach Salad

America is unique in its tea consumption habits, the Tea Council says, in that approximately 40 billion of the 50 billion cups consumed here each year are over ice.

Iced tea debuted in 1904 at the Louisiana State Purchase Exposition in St. Louis, Mo. According to the Tea Council, "The temperature was soaring and the staff in the Far East Tea House couldn't get any fair-goers to even look their way, let alone sample their tea. So they poured the hot tea over ice cubes and the drink quickly became the exposition's most popular beverage."

The tea bag was born the same year as iced tea, and its arrival was equally serendipitous. A Boston tea merchant began sending samples of tea in small silk bags for customers to try. Eventually, the convenient pre-measured sacks came to dominate the tea market. In 1994, according to the Tea Council, approximately 60 percent of tea brewed in the United States was prepared from tea bags; just over 1 percent was brewed from loose tea. Iced tea mixes accounted for another 25 percent of prepared tea, and the rest was made from instant tea.

These statistics attest to the importance of the "convenience factor" in tea's growing popularity in this country. The demand for convenience that led to the introduction of the tea bag and the creation of instant tea and iced tea mixes led also to the more recent packaging of ready-to-drink iced tea in cans, bottles, and plastic containers. Ready-to-drink teas are the fastest-growing tea products and the fastest-growing new product in the supermarket, according to the Tea Council.

The Tea Council estimates total U.S. tea sales for 1994 at $3.75 billion, up from $1.8 billion in 1990. On any given day, the council says, about half the population drinks tea, with the greatest concentration of drinkers in the South and Northeast.

Keeping teacups full in the United States and around the world takes a lot of tea. In 1993, 2,581,317 metric tons of tea were produced and 1,142,650 metric tons exported, according to the International Tea Committee's 1994 Bulletin of Statistics. This billion dollar business got its start centuries ago from a plant that once grew quietly undisturbed in a far corner of the world. William H. Ukers, in his comprehensive 1935 tome All About Tea, writes:

"Mother Nature's original tea garden was located in the monsoon district of southeastern Asia. Many other plants now grow there, but specimens of the original jungle, or wild, tea plant are still found in the forests of the Shan states of northern Siam, eastern Burma, Yunnan, Upper Indo-China, and British India. ... Before any thought was given to dividing this land into separate states, it consisted of one primeval tea garden where the conditions of soil, climate, and rainfall were happily combined to promote the natural propagation of tea." 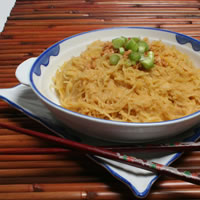 Not Your Grandmother’s Spaghetti

A World of Brown Rice 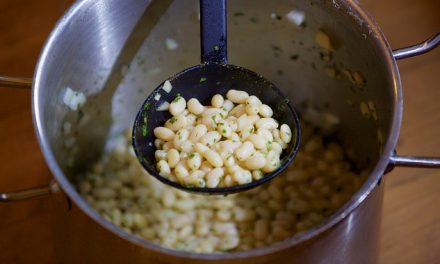 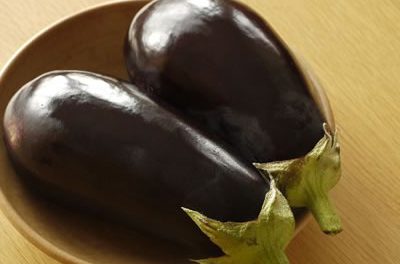