Type 2 Diabetes in Childhood: A New Type of Diabetes Appears Among Minority Youth

Over the past two decades, clinicians and researchers have been increasingly alarmed by the prevalence of type 2 diabetes among young people of color around the world. In North America, significant numbers of African Americans, Alaska Natives, American Indians, Asian and Pacific Islander Americans, and Hispanic Americans have acquired insulin-resistant diabetes at a much younger age than is usual for type 2 (adult onset) diabetes.

As noted in the article "Emerging Epidemic of Type 2 Diabetes in Youth" (Diabetes Care, February 1999, 22[2]), "Prevention and treatment of type 2 diabetes in children and youth is a daunting challenge because of the enormous behavioral influence, difficulty in reversing obesity, and typical nonadherence in this age group."

Type 2 diabetes in childhood presents frustrating puzzles to researchers and clinicians. For starters, they have yet to agree on a formal definition of the disease. Type 2 diabetes in childhood is such a recent phenomenon that youth are mostly diagnosed by accident: for example, they are discovered during screening as part of prevention programs. We know very little about the natural history of the disease, partly because patients have not been followed long enough to learn about long-term complications. Affected populations may have unique genetic backgrounds.

The February 1998 issue of Clinical Pediatrics reported on a meeting of researchers and clinicians who gathered to discuss type 2 diabetes in childhood at the Native American Research and Training Center at the University of Arizona. The conference was jointly supported by the National Institute of Diabetes and Digestive and Kidney Diseases (NIDDK) of the National Institutes of Health, the U.S. Office of Minority Health, the Diabetes Action Research and Education Foundation, and LifeScan Inc.

This sign along Route 160 on the Navajo reservation near Tuba City, AZ, preaches diabetes prevention. American Indians who live in the region have an exceptionally high rate of type 2 diabetes. Scientists now find minority youth are also vulnerable to type 2 diabetes.

More from our magazine:  Pears Baked with White Wine

Four primary factors place youth at risk for type 2 diabetes in childhood. The first is ancestry: African American, Alaska Native, American Indian, Asian and Pacific Islander American, and Hispanic American. Some minority groups may be at greater risk than others; research is in its early stages.

Obesity seems to be the second important risk factor, especially among people who carry their fat around the middle and are "superobese." An Arkansas group of 8- to 12-year-old African-American children with type 2 diabetes illustrates the problem. More than 85 percent of the children had a body mass index (BMI), which is equal to a person's body weight in kilograms divided by height in meters squared, of 25 or higher; 16 percent were in the "superobese" category.

A study of Japanese children in Tokyo between 1974 and 1994 found that the prevalence of type 2 diabetes in childhood rose along with the incidence of obesity and increased fat and animal protein in the diet. These findings reflect the situation of adults with type 2 diabetes in industrialized nations all over the world.

Finally, one's sex can provide additional risk. In nearly all groups studied, significantly more girls than boys got type 2 diabetes in childhood. The difference, however, varied with the group.

Faced with a young person who has diabetes, the clinician can no longer assume the child has type 1. The diagnosis of type 2 diabetes in childhood can be a complex task requiring the examination of biochemical characteristics as well as clinical signs.

More from our magazine:  Why Is Obesity A Growing Problem in America?

One important clinical sign for type 2 diabetes in childhood is acanthosis nigricans (AN), a term used to characterize brownish-black, velvety skin patches usually found on the back of the neck, in the armpits, or on the thighs. AN is almost always a sign of high levels of insulin and, thus, of type 2 diabetes rather than type 1 in childhood. AN is more common in people of color than in whites and is even more common among American Indians.

Because large segments of the population are at risk, clinicians and researchers advocate aggressive primary prevention and public health programs to improve people's lifestyles. Some programs have targeted a variety of interventions in the public schools, community programs, and homes. The Zuni Diabetes Prevention Program at the University of Arizona, a program funded by NIDDK, illustrates the possibilities. Intervention strategies were introduced into parent-teacher organizations, a new wellness center, school curricula, a teen task force, and the Indian Health Service. For more than 4 years, participating Zuni high school students have consumed fewer sugared beverages and more fiber. As a result, they have lowered their BMI, decreased their resting pulse rates (usually associated with exercise programs), and improved their glucose-to-insulin ratios.

In the model programs, youth with type 2 diabetes in childhood have been treated with oral diabetes medications, a healthy eating plan, and exercise. A few patients were reported to require insulin treatment.

In addition, the National Diabetes Education Program has convened a work group on children and diabetes. The group will examine the scope and magnitude of the problem and develop messages for health care providers to increase awareness of type 2 diabetes in youth.

Health professionals should suspect type 2 diabetes in childhood in patients who: 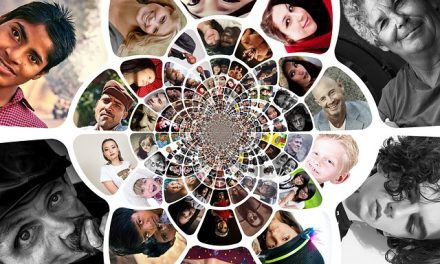 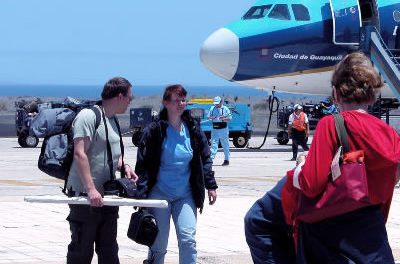 Tips for Traveling with Diabetes

Your Medicine Cabinet Needs an Annual Checkup Too 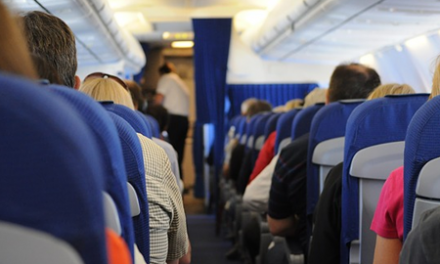