What’s New in the Operating Room?

3/01 - The following is a list of some of the latest
advances available in surgical patient care:

The BIS monitoring system was first cleared by FDA in October 1996 to monitor the state of the brain in the intensive-care unit, the operating room, and for clinical research. The system, which includes an enhanced electroencephalogram (EEG) monitor, analyzes a patient's brain wave pattern and converts it into a "depth of sedation" number between 0 (indicating no brain activity) and 100 (fully awake).

It's a popular belief that anesthesiologists use the device to reduce or prevent "awareness" during surgery. But FDA's Center for Devices and Radiological Health says the device has not been approved or labeled for monitoring to reduce awareness. It is intended only to monitor the state of the brain.

FDA initially approved the scopolamine patch, distributed under the brand name Transderm Scop by Novartis Consumer Health in New Jersey and manufactured by ALZA Corporation of Palo Alto, Calif., in December 1979 as a prescription drug to prevent nausea and vomiting associated with motion sickness. Following the manufacturer's removal of the product from the marketplace in 1994 due to manufacturing problems, FDA approved the drug again on Oct. 27, 1997, for the additional indication of preventing nausea and vomiting during or after surgery.

The small, Band-aid-like patch is placed behind the ear the night before surgery, or an hour before a Caesarean section. The medication in the patch goes through the skin directly into the bloodstream. It is not to be worn for more than three days, and is intended for a single use only.

More from our magazine:  Getting a Grip on Strength Training

Approved by FDA in July 1996, remifentanil, marketed as Ultiva and manufactured by Glaxo Wellcome of North Carolina, is an analgesic for inducing and maintaining general anesthesia for surgery. It safely breaks down in the bloodstream and body tissues within minutes. Unlike other drugs that must be metabolized or broken down by the liver and kidneys, remifentanil gets broken down by enzymes in the blood and muscles. This means that the drug has a half-life of three to six minutes in the body, compared to 90 minutes or more for other drugs. That, in turn, results in the patient waking up and having the breathing tube removed considerably sooner.

A new class of blood-derived fibrin sealants, distributed by Baxter Healthcare Corporation, can stop oozing from small, sometimes inaccessible, blood vessels during surgery when conventional surgical techniques are not feasible. FDA approved the first of these sealants in May. The main active ingredient of fibrin sealants is fibrinogen, a protein from human blood that forms a clot when combined with thrombin--another blood protein that helps blood clot. The sealants, which form a flexible material over the oozing blood vessel, can often control bleeding within five minutes.

How Good is Garlic?

Patients Who Trust Their Doctors More Have Better Outcomes 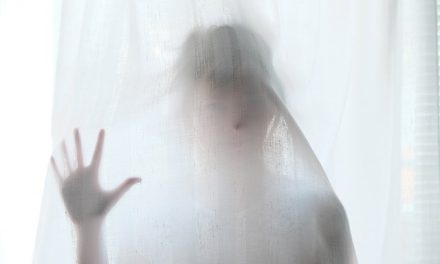 5 Tips for Parents with Overweight Children

Are Coupons Hurting or Helping Your Healthy Eating Goals?