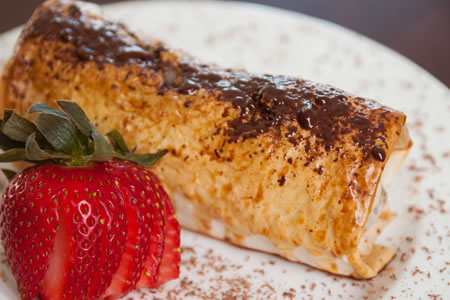 The best Hungarian bakery in New York City, now sadly out of business, was near my apartment. Their mouth-watering strudels included traditional apple, cheese and ones filled with vegetables, including spinach or carrot.

Cabbage strudel, mildly sweet and studded with raisins, was my favorite until recently, when I discovered this indulgent pairing of banana and chocolate.

Flaky and crisp outside, inside its finely chopped chocolate melts as this treat bakes. Crunchy, creamy and sigh inducing, the result is surprisingly sensible, nutritionally speaking.

Paper-thin phyllo dough is sold frozen in most food markets. Usually it is used to cover a savory filling like spinach with feta to make the Greek spinach pie, spanakopita, or to layer with nuts for sweet baklava.

Using phyllo requires a particular technique. Here, I simplify what you need to do in several ways. First, you use just one layer rather than stacking several sheets.

Using oil to coat the phyllo keeps it pliable and lets you skip using butter. Brushing phyllo with oil also assures you get nicely separated layers, which cooking spray does not do.

Sprinkling panko over the phyllo also helps you get lovely, fine layers.

Follow theses simple but essential steps, and even if you are a beginner with phyllo, you'll bask in success.

When making the actual chocolate banana strudel, after applying the egg wash, you can either bake them or wrap them in plastic wrap and freeze them. When ready to bake, pop them in the oven without defrosting. 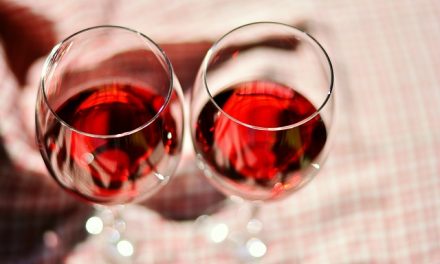 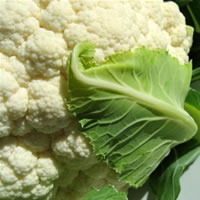 Is Cauliflower the New Potato? 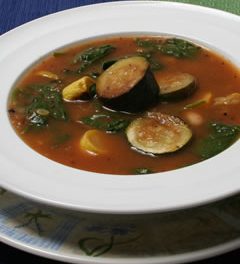 Bring Out the Natural Sweetness of Summer