An Ancient Food With Modern Appeal

A grain-like plant native to the Andes, quinoa (KEEN-wah) was such a staple for the ancient Incas that they called it "the mother grain." It is still an important food in South American cuisine and is now hailed as the "super grain" of the future. What is packaged and cooked as quinoa is actually the fruit of the plant.

Quinoa contains more protein than any other grain. It's considered a complete protein because it contains all eight essential amino acids. Quinoa is also higher in certain minerals than many grains, including calcium, phosphorus, copper, iron, magnesium, potassium and zinc. It also is a great source of the dietary fiber recommended to reduce risk of cancer and other serious health conditions.

Quinoa looks like small, cream-colored grains of rice, but it cooks in half the time as rice and expands to four times its original volume. (Before cooking, quinoa should be placed in a sieve and thoroughly rinsed under cold running water until the water runs clear. This will remove the bitter residue of the original coating, which can give cooked quinoa an unpleasant taste.) Quinoa has a delicate, nutty flavor and chewy texture. It is also ground into flour or made into various forms of pasta.

Quinoa is well suited to a variety of dishes and can replace rice or couscous in many recipes. Its quick cooking time makes it perfect in the summer when you don't want to spend a lot of time in a hot kitchen.

For breakfast, combine quinoa with fruit juice, fresh and dried fruit, maple syrup and sweet spices like cinnamon and cardamom. For savory dishes, pair it with spices like cumin and coriander, and fresh herbs - rosemary, for example. Toasting quinoa until lightly brown in a dry saute pan before cooking it gives it a richer flavor.

This substantial summer salad offers a healthful balance between vegetables and protein. It provides a wide range of textures, colors and seasonings. 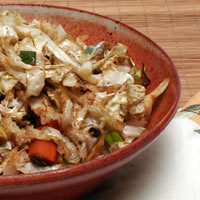 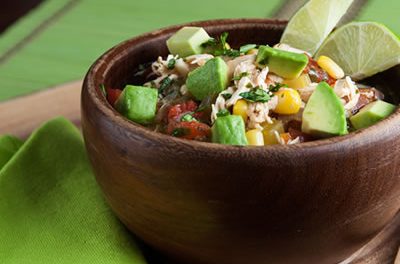 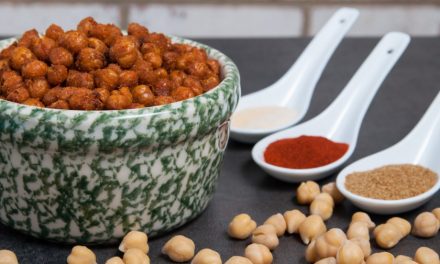