Heart Health Should Be The Front Line of Diabetes Care

"The No. 1 consequence of diabetes is cardiovascular disease," says Scott M. Grundy, M.D., Ph.D., lead author of the executive summary and chair of the American Heart Association's diabetes committee. "About two-thirds of people with diabetes eventually die of heart or blood vessel disease. We want to make people more aware of the problem of diabetes as a major contributor to the problem of cardiovascular disease."

Several recent studies show that the increase in cardiovascular disease (CVD) risk associated with diabetes can be lessened by controlling individual risk factors such as obesity, high cholesterol, and high blood pressure.

Losing weight can have a great impact on a dangerous pre-diabetic condition called the metabolic syndrome, says Grundy, who is also a professor of internal medicine at the University of Texas Southwestern Medical School in Dallas. The metabolic syndrome is a prediabetic state characterized by abdominal fat, low-levels of high-density lipoprotein, high levels of triglycerides and high blood pressure.

"One-third to one-half of the people with this syndrome eventually develop diabetes, but metabolic syndrome can lead to cardiovascular disease even before you get diabetes because of the high blood lipids and cluster of risk factors," he says.

"The syndrome is particularly alarming in adolescents. It is a multi-tiered problem that starts with obesity and continues to the metabolic syndrome and diabetes," Grundy explains. "Changes that are spread out in most adults who gain weight over many years are compressed into a few short years in young teens."

More from our magazine:  Diabetic Neuropathies: The Nerve Damage of Diabetes

The rise in type 2 diabetes in children and adolescents is a disturbing trend, the authors say. It is likely due to obesity and sedentary lifestyle, and increases their risk of early CVD.

Grundy says that merely calling diabetes a risk factor underestimates its effect on cardiovascular disease because the consequences are so far-ranging-from heart attack and stroke to kidney disease, heart failure, diminished heart function and problems in both the large and small vessels, like those in the eyes.

There are two forms of diabetes. Type 1 diabetes results from a failure to produce insulin, and it most often begins in childhood or adolescence. It accounts for 10 to 15 percent of all diabetes. Much more common is type 2 diabetes, which results from insufficient production of insulin, poor response to insulin (insulin resistance) or both. People with type 2 diabetes often have other risk factors for CVD too, such as high cholesterol and obesity. Type 2 diabetes is usually brought on by obesity, but susceptibility to it varies considerably in the population.

"In the last few years we've learned how important it is to treat cardiovascular risk factors in patients with diabetes and how much benefit can be derived," says Grundy.

With many other ailments, there are a lot of treatments or aspects of disease management that patients can do on their own, he says. However, diabetes is one condition in which physician involvement is critical.

"It is extremely important that patients with diabetes work closely with physicians to reduce risk factors and not try to self-manage their condition," he says. "Diabetes is a serious and complicated condition that must be treated with a team approach between the patient and physicians, which may include a primary care doctor, an endocrinologist and a cardiologist."

More from our magazine:  Coenzyme Q10: Should You Take This Supplement?

More than 16 million Americans have diabetes and approximately one-third of them are undiagnosed and untreated. Blacks and Hispanic Americans have nearly twice the incidence of type 2 diabetes as whites and many Native American tribes are experiencing epidemic rates.

The age-adjusted prevalence of diabetes has risen dramatically from 2.6 percent of adults over age 45 in 1960 to 7 percent in 1990, and it is still rising. Overweight and obesity are important contributors to this trend.

Almost 35 million Americans (20 percent of middle-aged adults and 35 percent of those over age 65) have some degree of abnormal blood sugar metabolism, a condition that can lead to diabetes and poses an increased risk of CVD and premature death, according report.

Rita Redberg, M.D., M.Sc., a member of the writing group and an associate professor of medicine at the University of California-San Francisco, says people with diabetes should be considered at high risk for CVD and their risk factors should be treated aggressively simply because of their diabetic status.

A person's risk for CVD can be obtained inexpensively and non-invasively, she adds, citing the Framingham risk score as the "gold standard" for CVD risk assessment. It requires only a doctor's office visit to assess blood pressure, weight, smoking status and a blood sample to check cholesterol levels. 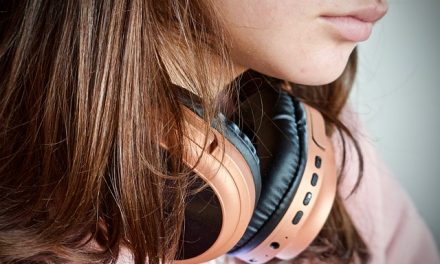 Help Your Teen Deal with the Ups & Downs of Diabetes