The Cuban sauce called mojo criollo, which is primarily served with yuca and other root vegetables, is simple, citrus-based and loaded with garlic. I find this lively Hispanic blend also crosses over, serving easily as both a great marinade, and as an accompaniment to seafood, chicken, and lean pork.

Mojo (mo-ho) is a traditional combination of garlic, fat, and the intensely sour juice of Seville oranges, naranja agria in Spanish. While these bumpy skinned oranges are available in the ethnic produce section of many supermarkets and at Hispanic markets, they are not essential for a good mojo. A combination of freshly squeezed lime and orange juices nicely produces the same clean, sharp flavor.

Miami chefs, including Norman Van Aken, Alan Susser, and Steven Raichlen, often embellish mojo's trio of ingredients by adding sizzling habanero chiles, aromatic cumin, and herbs. As cooks with an interest in healthier fare, they use oil rather than the hot lard favored in Cuba.

Whether made with traditional ingredients, or in nuevo latino style, mojo is pungent, tart and refreshing, especially at a summer barbecue. To make it serve double duty, my favorite, mojo rojo, starts with citrus and seasonings. After pouring off a portion to use for marinating, I then add red bell pepper, paprika, and fresh bread. Together, they further intensify the mojo's flavor while also adding body that thickens it into a sauce.

You may skip the bread, if you like, and still enjoy the thinner mojo as a sauce with grilled shrimp, salmon, and even burgers. However, it is essential to discard the portion used for marinating, as raw food can contaminate it with bacteria. (Boiling a marinade after it has been used can kill this bacteria, but it changes the flavor of this mojo.)

More from our magazine:  Are You Supersizing Yourself with Fast Food?

Marinating animal foods before grilling helps to reduce the formation of carcinogenic nitrosamines. When you want to change from sweet barbecue sauce and other familiar choices, mojo is an enticing, quick alternative to use before and after cooking. 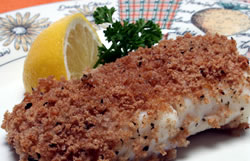 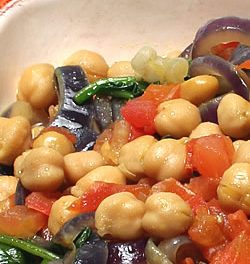 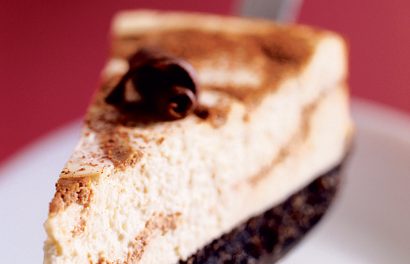