Government surveys show that most Americans think they're getting enough dietary fiber. Yet more than 72 percent of those who say they get enough fiber actually eat less than the minimum recommended amount for good health. This could be due to confusion about foods that have a "high-fiber" image but don't contain nearly as much as believed.

For example, the term "wheat" confuses some people. They eat "wheat" bread, thinking they're getting whole-wheat bread and lots of fiber. Most often, however, they're actually eating caramel-colored refined bread no higher in fiber than a white version. The only wheat bread with superior fiber and nutrition is labeled "whole wheat."

Some people incorrectly assume their breakfast cereal is rich in fiber. Again, "wheat" flakes are not the same as "whole wheat," and "multigrain" cereal (or bread) simply means it's made from several different grains, like wheat, corn and rice. But none of them are necessarily the whole grains that nutrition experts encourage.

Finding a cereal that's a good source of fiber is actually simple. The Nutrition Facts panel lists "dietary fiber" under the carbohydrate content listing. Look for a cereal that contains at least five grams of fiber per serving. If your favorite cereal is low-fiber, mix it in a half-and-half combination with a high-fiber choice. Over time, gradually reduce the proportion of the low-fiber choice so it's just a flavoring. You can also make a plain whole-grain or bran cereal more enjoyable by adding fresh or dried fruit, or nuts.

More from our magazine:  8 Diabetic Cookbooks Reviewed for Fall Reading

A label advertising "bran" can be deceiving. The bran, or outer layer, of a grain like wheat or oats is a good source of fiber, but not every food labeled "bran" necessarily contains much. Bran cereals generally are good sources of fiber, but many "bran" muffins sold commercially contain little bran. If nutrition content information is not available, check the list of ingredients. When several ingredients, like flour, oil and sugar, are listed before bran, muffins contain a lot of calories but little fiber.

Snack bars with "fiber" or "grain" in their names sound like high-fiber choices, but some contain only one gram of fiber. You'd get more fiber by snacking on a mini-box of raisins, a piece of fruit, a handful of nuts, or some mini-sized shredded wheat.

What about a big salad to load up on fiber? Actually, a salad the size of two fists, if it is mainly lettuce, totals only about 1.5 grams of fiber. Dark leafy greens are more nutritious, but their fiber content is not much different. For a high-fiber salad, add chopped vegetables or fruits, which also add a wide range of nutrients and health-promoting phytochemicals.

Recommended fiber consumption for adults is 20 to 35 grams a day, which can be easily achieved by eating a balanced, mostly plant-based diet, as recommended by the AICR. But one or two good sources of fiber a day won't do it. You can reach the healthy fiber range by choosing five or more fruit and vegetable servings a day and making sure at least three of each day's grain servings are whole grains. Including beans, nuts, or seeds several times a week will help boost your average further into the recommended range.

More from our magazine:  Chicken and Almond Stew

If you suspect you're getting less fiber than you really are, check food labels. Don't be fooled by misleading names and marketing ploys. And follow AICR's guideline: Make plant-based foods at least two-thirds of each meal.

As with cholesterol, soluble fiber traps carbohydrates to slow their digestion and absorption. In theory, this may help prevent wide swings in blood sugar level throughout the day. Additionally, a new study from the Harvard School of Public Health, published in the Journal of the American Medical Association, suggests that a high-sugar, low-fiber diet more than doubles women's risk of Type II (non-insulin-dependent) diabetes. In the study, cereal fiber was associated with a 28 percent decreased risk, with fiber from fruits and vegetables having no effect. In comparison, cola beverages, white bread, white rice, and french fries increased the risk. 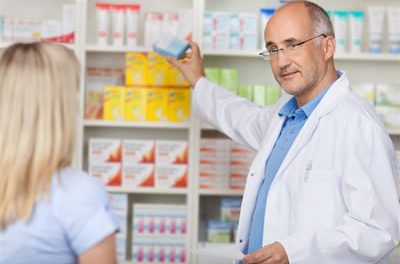 5 Things You Should Ask Your Pharmacist 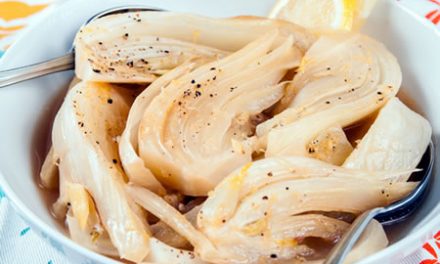