The History of the Diabetic Diet

The earliest recorded diabetic diet is in the Papyrus Ebers, which was written in about 1500 B.C. Those ancient physicians advocated wheat grains, fruit, and sweet beer-in other words, a high-carbohydrate diet - "to drive away the passing of too much urine." Most recorded diets over the next millennium were rich in carbohydrates. Then in the late 1700's, Dr. John Rollo, a British physician, came up with a radically different plan: a low-carbohydrate diet high in fat and animal protein. The diet, built on "blood pudding and old rancid meats," probably was low in calories, too, because of its extreme unpalatability.

Variations of low-carbohydrate, low-calorie diets were advocated for the next 150 years or so, with a few notable exceptions, such as one that was mostly oatmeal. In the 1850's, a Paris physician suggested a diet of 125 grams of sugar candy and two portions of meat. Several of these early doctors noted that periodic fasting or calorie restriction seemed to help. In 1912, Dr. Fredrick M. Allen of New York's Rockefeller Institute devised a near-starvation diet of 1,000 calories a day. Such low-calorie regimens, even though they did not allow for proper growth and resulted in extreme emaciation, may have prolonged life for a few Type I diabetics. Still, without insulin, the diabetes would grow progressively worse and the person would die.

All of this changed dramatically after two Canadian researchers, doctors. Frederick Banting and Charles Best, discovered insulin in 1921. A 13-year-old boy, Leonard Thompson, was the first patient to receive the hormone injections. He was treated with regular insulin injections for five months, and with normal blood-sugar levels, the boy was released from the hospital as cured. He was back a few months later, weighing only 60 pounds and again near death. This time, it was recognized that the injections would not provide a cure but that he could manage quite well so long as he received them daily. His diet was high in fats, moderate in protein, and relatively low in carbohydrates. Under this regimen, the boy began to grow and, until his death from pneumonia in 1935, he led a relatively normal life.

More from our magazine:  Diabetes And Your Nerves

Since then, a great deal has been learned about insulin dosages and diabetes control, and over the last 50 years dietary recommendations have been revised several times. Even though insulin injections are not as precise as the body's own system of secreting the hormone in response to need, we have learned a good deal about the fine tuning of insulin dosages and matching the hormone to food intake, exercise, and other variable factors. Today's diabetes specialists and patient educators also recognize that "there is no single, specific food plan suitable for all individuals with diabetes." Recently, the American Diabetes Association has modified its nutritional recommendations. This includes the role of selected vitamins and minerals and guidelines for food labeling. 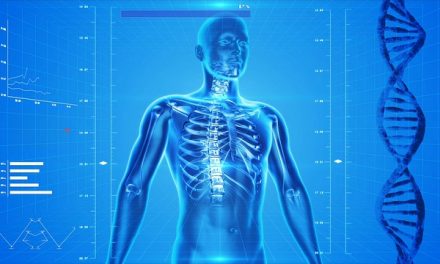 Diabetes, What to Know Head to Toe