Weight Control: It’s Not All or Nothing

The most recent report on weight control, issued by the National Institutes of Health, strongly counters the common "all or nothing" attitude of many dieters. The report emphasizes the benefits of relatively small changes, both in terms of the benefits of modest weight loss even if so-called "ideal" weight cannot be reached, as well as aiming for realistic behavior changes rather than perfection.

Weights considerably higher than recommended levels may be due partly to some inherited or other "natural" cause and partly to eating or exercise habits that keep weight higher than it would naturally be. "All-or-nothing" thinking poses major problems, as the very prospect of needing to lose large amounts of weight can make people feel so overwhelmed that they give up. And research shows that people who lose large amounts of weight often regain it.

The National Institutes of Health (NIH) report counters this mode of thinking by recommending that an initial weight loss goal be set at no more than 10 percent of someone's starting weight. For most people, this means that rather than aiming at a loss of 50 to 100 pounds, they would be targeting 15 to 30 pounds.

Consumer surveys show "all-or-nothing" thinking can create problems for changing behavior to achieve that goal, too. Many Americans accept the notion that weight loss requires a diet of only "good" foods, with avoidance of all "bad" foods. However, research shows that such complete abstinence from certain foods is not needed for weight control; foods that are high in fat or calories do not block weight loss if they are included in limited amounts. In fact, research also shows that people who make rigid rules requiring avoidance of specific foods tend to move into a cycle of alternately dieting and bingeing on these "taboo" foods.

More from our magazine:  Salmon Chowder Beats the Chill

All-or-nothing thinking about food also makes weight control more difficult when it affects portion sizes. Americans' portions have grown substantially in recent years, resulting in a dramatic increase in our calorie consumption. Many people trying to lose weight have the impression that as long as a food is low-fat or otherwise "healthy", portion size won't affect their weight. That is clearly a misconception -- calories from even "healthy" foods like pasta, fat-free snack foods, and juice can indeed add up to prevent weight loss.

Behavioral experts say that all-or-nothing thinking is also a major handicap in the move to get people more physically active. Some people still believe the long-outdated phrase "no pain, no gain" regarding exercise, making it unrealistic to attempt and painful when it is attempted. In contrast, experts in the field emphasize that there are many levels of physical activity, each with its own benefits. Research now supports the value of even small amounts of less-intense activity if included as a consistent part of daily living. While additional benefits may be achieved with further steps in physical training, the most important step is to move out of couch-potato status.

In these and other ways, all-or-nothing thinking creates problems for those who want to lose weight. First, it's incorrect; studies clearly show that moderate changes without achieving perfection are enough to promote healthy weight loss. Second, the psychological outlook of all-or-nothing thinking makes it harder to attempt and continue habit changes. The experts say that a healthy lifestyle should be an expression of self-respect, not an obsession.

More from our magazine:  The Benefits and Risks of Exercise in Patients with NIDDM and How Exercise Should Be Prescribed 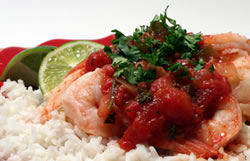 Liven Up Seafood with a Delicious Brazilian Sauce 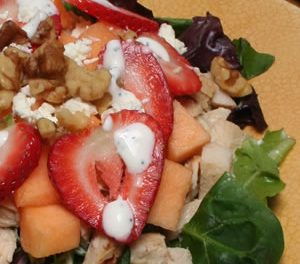 Cantaloupe and Strawberry Salad with Chicken 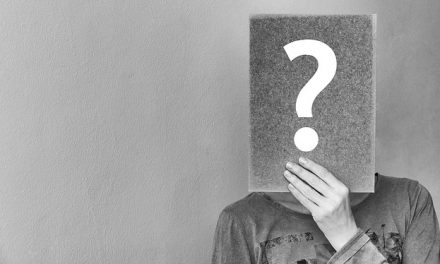 Exercise: How Much is Enough?