A Look at Polyols: aka Sugar Replacers

Polyols are sugar-free sweeteners. Polyols are carbohydrates but they are not sugars. They are used cup-for-cup [volume-for-volume] in the same amount as sugar is used, unlike acesulfame potassium, aspartame, saccharin, and sucralose which are used in very small amounts.

Since "polyols" is not a consumer friendly term, many nutritionists and health educators refer to polyols as "sugar replacers" when communicating with consumers. Scientists call them sugar alcohols because part of their structure chemically resembles sugar and part is similar to alcohols. However, these sugar-free sweeteners are neither sugars nor alcohols, as these words are commonly used. Other terms used primarily by scientists are polyhydric alcohols and polyalcohols.

Because these sweeteners have lower caloric values, they may help people with diabetes achieve their weight goals. Non-cariogenic throat lozenges may also be useful if a person's medications cause dryness of the mouth.

Sugar replacers (polyols) also cause smaller increases in blood glucose and insulin levels than do sugars and other carbohydrates. Therefore, snacks sweetened with them may be useful. People with diabetes should consult their physician or other health professional about the usefulness of sugar replacers (polyols) in their daily meal plan.

In the U.S., Sugar replacers (polyols) are now used in a wide range of products as sweetening ingredients, including chewing gums, candies, ice cream, baked goods and fruit spreads. They are also used in toothpastes, mouthwashes, breath mints and pharmaceuticals such as cough syrups or drops and throat lozenges. Sugar replacers (polyols) function well in fillings and frostings, canned fruits, beverages, yogurt and tabletop sweeteners. Also, some functional foods or nutraceuticals are sweetened with them.

More from our magazine:  Xylitol and Diabetes

Sugar replacers (polyols) provide fewer calories per gram than does sugar, they do not promote tooth decay and they do not cause sudden increases in blood glucose levels. Because they taste good, people can improve the healthfulness of their diets without having to sacrifice the pleasure of eating sweet foods they enjoy.

For the vast majority of consumers, these sweeteners do not cause gastrointestinal problems. In some people, excessive consumption may cause gastrointestinal symptoms, such as gas or laxative effects, similar to reactions to beans and certain high-fiber foods. Such symptoms depend on an individual's sensitivity and the other foods eaten at the same time.

Gastrointestinal symptoms, if they occur at all, are usually mild and temporary. If a person believes she/he is sensitive, the amount eaten on a single occasion should be reduced. Most people will adapt after a few days, the same way they do to high fiber foods. Many people with diabetes, for example, have learned from their health professional to eat only a small amount of sugar-free products containing polyols at first and then to gradually increase these foods in the diet.

Sugar replacers (polyols) are not readily converted to acids by bacteria in the mouth and, therefore, do not promote tooth decay. The FDA has authorized the use of the "does not promote tooth decay" health claim for food products containing erythritol, hydrogenated starch hydrolysates, isomalt, lactitol, maltitol, mannitol, sorbitol, xylitol, or a combination of these. The American Dental Association has adopted a position statement recognizing the role of sugar-free foods and medications in maintaining good oral health.

Sugar replacers (polyols) have been used in foods around the world for many years. An Expert Committee of the World Health Organization has carefully reviewed them and concluded that they are safe for human consumption! In the U.S., the Food and Drug Administration (FDA) classifies some as Generally Recognized as Safe (GRAS) and others are approved food additives.

More from our magazine:  Saccharin: An Overview

How do their calories compare with sugar? Sugar provides approximately 4.0 calories per gram. The FDA allows the use of the following caloric values:

Sugar replacers (polyols) usually do not absorb water the way sugar does; therefore, foods made with them do not become sticky on the surface as quickly as do products made with sugar. Molds and bacteria do not grow as well on these sweeteners, as they do on sugar, and so products last longer. When used in medicines, they generally do not react with pharmacologic ingredients as much as sometimes happens with sugar.

Sugar replacers (polyols) generally do not lose their sweetness when they are heated and can be used to flavor hot beverages and in foods that are heated when processed or cooked. However, unlike sugar, they do not usually give a crisp brown surface to foods which are baked.2 The non-browning property is an advantage for products for which a change in color is not desired.

Sugar replacers (polyols) are frequently combined with other alternative sweeteners, such as acesulfame potassium, aspartame, saccharin and sucralose, in sugar-free chewing gums, candies, frozen desserts and baked goods. The sugar replacer (polyol) gives these foods mild sweetness as well as the bulk and texture of sugar; the other alternative sweeteners bring the sweetness up to the level consumers expect.

Think Outside The Fruit Bowl 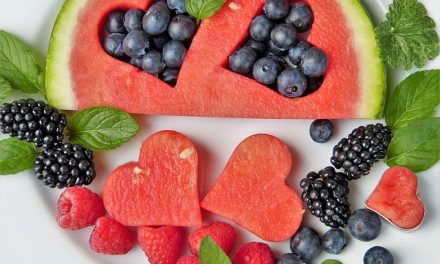 Tips to Improve Eating and Activity Levels in Children 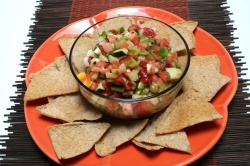 Get Creative With Gazpacho Dip 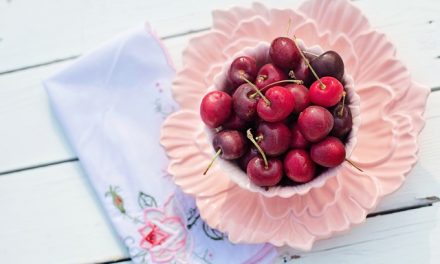 Life Could Be Just A Bowl Of Cherries