Whether you prefer Sichuan, the new spelling, or Szechwan, the old one, the cooking from this province of southern China is known for its extreme heat. Back before Sichuan cuisine became the dominant choice in America's Chinese restaurants, I discovered its fire power in a startling way.

The first time I ate at a Sichuan restaurant, in the 1970s, my date ordered hot and sour soup. When it arrived, he dipped right in. Next thing I knew, his face was scarlet red and I swear I saw smoke coming out of his ears, like in the cartoons. He had bitten into a couple of whole, blackened hot peppers that he did not know should be either avoided or approached with great care. A few bowls of rice later, he did recover.

That night, we also discovered another kind of pepper used in Sichuan cooking. It was in the seasoning of a small bowl of pickled cabbage brought to the table as soon as we sat down. Really a pickled vegetable salad, it contained a mixture of nicely crunchy cabbage, sliced carrots and daikon radish. What distinguished this picked salad from those, for example, served in Korean and other Asian places was the mouth-numbing pepper it contained.

Sichuan peppercorns are not truly pepper, but rather the seedpods of a different plant. One translation of their Chinese name is "flower pepper." After enjoying the distinctive lemony hint they gave the pickles, we found our mouths tingling, then getting slightly numb thanks to a compound they contain.

More from our magazine:  Eating-In For Better Health

Sichuan pepper was banned for a while from the U.S. because of an agricultural problem, but is now once again available in Asian food markets and mail-order spice purveyors. I like its unique taste but, because it's not found readily, my version of Sichuan pickled cabbage, chopped finely enough to serve as a salad or side dish, calls for a moderate amount of black pepper instead. If you enjoy heat, increase the amount to your taste. 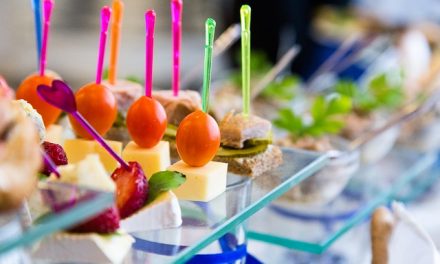 All About Hors d’oeurves – the Food Before the Meal 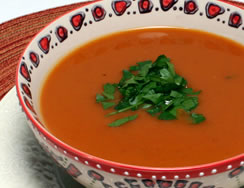 Warm Yourself with Pumpkin Soup