Some of the study results presented at the recent American Institute for Cancer Research (AICR) International Research Conference on Food, Nutrition and Cancer focused on several hormones that may influence breast cancer risk and recurrence. The significance of the hormone estrogen, as well as testosterone, insulin, insulin-like growth factors and fat cell cytokines, for cancer risk is becoming clearer. The scientists speaking noted that a healthy diet and lifestyle can apparently modify levels of these hormones.

All of us have male and female hormones in our bodies, and the risk of breast cancer seems to be affected by both. For some time, studies have pointed to estrogen and progesterone as risk factors. But now research from a part of an extremely large European study known as EPIC confirms that high levels of testosterone, usually considered a male hormone, raise a woman's risk of premenopausal, and possibly postmenopausal, breast cancer. In a study of breast cancer survivors, those women with testosterone levels in the top third had more than a seven-times greater chance of recurrence than women with levels in the bottom third.

Research also consistently links high levels of the hormone insulin and insulin-like growth factors with increased rates of breast cancer, at least after menopause. Women with high insulin levels have lower rates of breast cancer survival, too. These women tend to suffer a complex of changes known as the metabolic syndrome, which is characterized by high insulin levels that are less effective at controlling blood sugars. People with this condition tend to have low levels of HDL ("good") cholesterol, high blood pressure, high blood triglycerides, and a greater risk of diabetes. Some scientists think that the amount of insulin and insulin-like growth factors in these women stimulate the growth of breast cancer cells. Others suggest that the cancer risk comes from insulin raising testosterone levels.

A common thread in scientific thinking about the link between high insulin levels and breast cancer is the connection to overweight. Studies show that fat cells don't lie dormant in our bodies. They produce a variety of substances called cytokines that have hormone-like functions. At least six cytokines secreted by fat cells promote angiogenesis, the process by which cancer cells develop a blood supply to grow and spread. Although this connection requires further testing, it seems one more good reason to avoid overweight.

Lifestyle studies clarify at least one reason why regular exercise is so important to lower breast cancer risk. Consistently, research shows that exercise leads to lower levels of insulin-like growth factors and testosterone.

Diet seems to affect these hormones in several ways, too. Limiting saturated fat (the kind found in meat and high-fat dairy products) is recommended to control both insulin and the available levels of male and female sex hormones. Choosing whole grains, vegetables, fruits and beans, while limiting refined carbohydrates (sweets, sugar-loaded drinks and refined grains like white bread) may also help keep insulin at healthier levels.

More from our magazine:  A Summery Shrimp Stir-Fry

How much you eat is just as important as what you eat. Excess calorie consumption may increase the levels of growth factors, while a reduced calorie intake lowers them. Even if you don't reach your target weight, simply limiting the calories you eat appears to be beneficial. 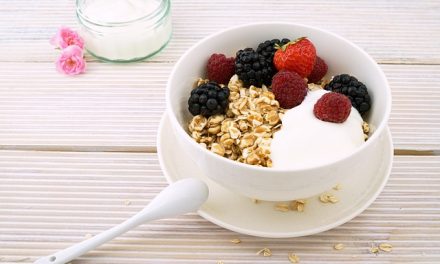 Why Fiber Is Important To Your Diet