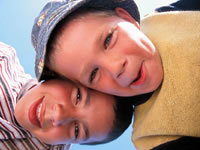 Some people seem to interpret the results of a new study incorrectly by suggesting that milk drinking drives the problem of overweight among American children. A closer look at the results affirms a weight-control message long-given to adults: If you increase calorie consumption beyond your energy needs, you risk weight gain.

The study that raises the question about milk drinking followed more than 12,800 American children aged 9 to 14 for three years. Those who drank more than three servings of milk a day increased their weight ranking according to the Body Mass Index (BMI) more than those who drank less. One-percent and skim milk also contributed to greater weight gain, but no one should be surprised that calories from even healthy foods can add up.

In this study, the most important influence on the children's weight changes was not calcium, total milk consumption, or the kind of milk. The child's total calorie intake was the decisive factor. Greater milk consumption was only linked to weight gain when it was part of a higher-calorie diet. The results suggest that milk was often consumed on top of other calorie-containing drinks rather than instead of them.

More from our magazine:  Help Your Teen Deal with the Ups & Downs of Diabetes

In another study among children aged 6 to 13, drinking more than 12 ounces of sweetened beverages each day was linked to about a six-ounce drop in milk consumption. Despite the drop in the amount of protein, calcium and other nutrients the children experienced, their overall calorie intake increased. When children drank more calories, they did not decrease calories from solid foods, so their total calories and weight gain increased. A study of younger children, aged 2 to 5, showed that, as long as their total calorie intake remained the same, changes in their juice, milk or soda consumption had no effect on their weight.

Overall, studies don't show that more milk leads to weight gain. In another small study of 9-year-old girls, one group continued eating their usual diet with about 960 milligrams (mg) of calcium, while another group ate at least 1,500 mg of calcium per day. The increase came from more milk, cheese, yogurt and (to a lesser degree) calcium-fortified juices and other foods. The second group's calorie consumption was not regulated, so it rose by an average of 150 calories per day. However, these girls did not gain more in weight, BMI or body fat.

In a study of 9- to 14-year-old girls, greater calcium consumption was actually linked with lower body fat, while greater soft drink consumption led to higher weights. Likewise, in a study of children aged 5 to 9, at least two servings of milk per day correlated with a lower BMI. Two servings is the amount recommended to meet the calcium needs of 4- to 8-year-old children.

More from our magazine:  Beverage Battle: Cow's Milk Versus Alternatives like Soy and Almond Milk

For now, the fight against childhood obesity should target the total amount of calories children eat, especially when they come from sweetened drinks that provide no added nutrition. Compared to 20 years ago, young people drink less milk and consume larger portions of juice and sweetened drinks. Since studies show that almost 40 percent of people's peak bone mass is established during adolescence, and even small deficits seem to increase the lifetime risk of hip fracture, it is important for children to get the recommended amount of dairy foods. They should be more active, too, so weight gain is less likely to occur. 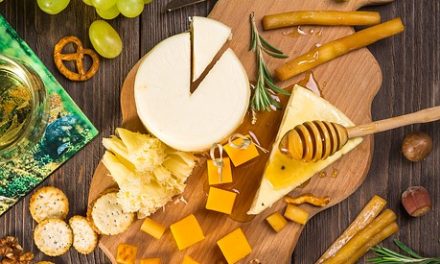 How Much Do We Know About Antioxidants?

An Ancient Food With Modern Appeal

The Gallbladder: An Organ You Can Live Without