The Growing Evidence for Green Tea

At the recent International Research Conference on Food, Nutrition and Cancer sponsored by the American Institute for Cancer Research, scientists presented new evidence about phytochemicals in green tea that may help prevent normal cells from developing into cancer and spreading. Yet people may wonder if drinking green tea is worthwhile, because the Food and Drug Administration (FDA) refused to allow a health claim for green tea on labels this summer. Although more evidence is needed to justify a strong statement about green tea's ability to lower the risk of cancer, it is not a bad idea to include this beverage in a healthful, mostly plant-based diet.

Black tea is the most frequently consumed tea in the U.S., but green tea contains far higher levels of the phytochemical EGCG. Both oolong and black teas, including the common orange pekoe, lose some of their EGCG as they are processed. However, green tea leaves are steamed or baked before they can oxidize, so their EGCG levels remain high.

Since it is a powerful antioxidant, EGCG may help prevent both heart disease and cancer. It helps to stabilize highly reactive molecules known as free radicals that can damage blood vessels and increase the risk of heart disease, or alter the DNA in our genes, promoting cancerous changes. In addition, EGCG may protect against cancer development by increasing the self-destruction of cancer cells and by affecting enzymes and the signals between cells, slowing the growth and multiplication of cancer cells.

More from our magazine:  A New View of Peanuts

But while the evidence of EGCG's ability to deter cancer is quite strong in laboratory studies, population studies show much less consistent benefits. The inconsistent population evidence is one of the primary reasons that the FDA recently refused to approve a health claim on the labels of products with green tea that would link its consumption with lower cancer risk. In the FDA's view, the effectiveness of foods in laboratory studies is merely background material. Consistent evidence among populations is key to supporting health claims. However, researchers point out that the laboratory studies, which are overwhelmingly positive about the health effects of EGCG, are necessary to explain the results of population studies. Without them, we would not know what EGCG is or what it can do.

The differences in health impact that are seen among green tea drinkers in population studies may mean that green tea benefits some people more than others. Genetic variations, varying exposures to risk-producing substances like tobacco, or different diets could all help explain the differences seen in these studies. One study, for example, suggests that tea and soy may produce contrary benefits. Eating one of these foods may decrease the potential benefits from the other one.

Drinking massive amounts of green tea will never be able to save us from the ill effects of overeating a poorly balanced diet and living a sedentary lifestyle. Eating a mostly plant-based diet, maintaining a healthy weight, keeping physically active and avoiding tobacco are the most effective steps we can take to lower our cancer risk. However, for those of us who would like to do a little more to reduce the risk of cancer, replacing three or four cups of coffee or soda per day with green tea is a reasonable step that may bring a variety of health benefits.

Using the Food Label to Help with Food Choices

It’s The Season to Talk Turkey 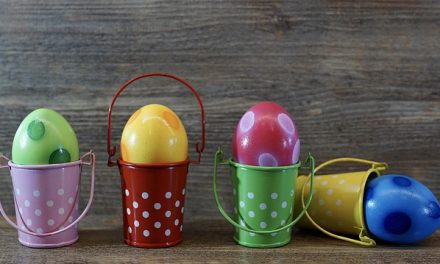