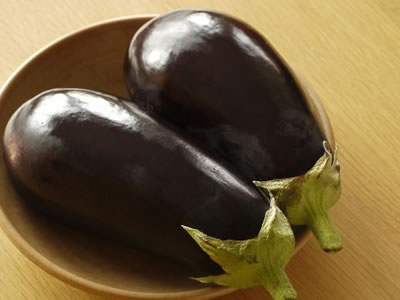 At this time of year, when eggplant is at its peak, I am frequently asked how to pick one that is neither bitter nor seedy. With difficulty, is the answer. As produce experts agree, the two common beliefs about how to avoid these unpleasant characteristics are all, well, hooey.

Myth #1: Salting diced or sliced eggplant draws out bitterness. Salting does draw out water, making the flesh firmer and less of a sponge for oil. But it does not affect bitterness.

Myth #2: Male eggplants have fewer seeds than females, so are less bitter. Actually, all eggplants are part male and part female. (The so-called "male" eggplants are rounded at the blossom end, opposite the stem, while "females" are slightly indented.)

Chinese and Japanese eggplants, which taste sweeter, have fewer and smaller seeds. So do smaller, less mature American eggplants, regardless of color. (Younger, smaller eggplants taste milder, in part because their seeds are smaller.) Avoid the hot-house, so-called baby or miniature eggplants, which are imported from Europe. They can be startlingly bitter.

Age affects bitterness. After picking, eggplants increase in bitterness over time. Farmer's markets usually sell freshly picked ones. Buy and use them the same day, if possible.

I recommend those weighing about three-quarters of a pound and that feel light for their size, a true indication of fewer seeds. For the following recipe, use a small American eggplant. The softer flesh of Asian varieties falls apart before it cooks through.

More from our magazine:  The Risks of Weight-Control Surgery 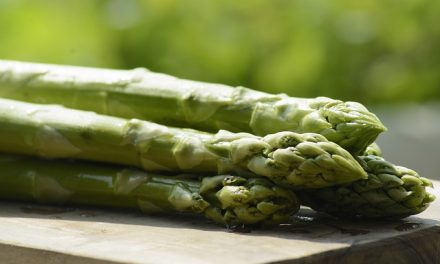 Asparagus: A Rite of Spring

Sucralose: Everything You Need to Know