The use of three B vitamins folate, B-6 and B-12 as a sound strategy to promote heart health may be coming to an end. These three vitamins still seem to lower blood levels of an amino acid called homocysteine, but this reduction doesn't appear to affect heart disease or stroke risk. You should still eat foods that are good sources of these nutrients, but high-dose supplements aren't scientifically supported for now.

Two new studies confirm previous findings that these three B vitamins can reduce homocysteine in the blood. In one of the studies, very high doses of folic acid, B-6 and B-12 reduced homocysteine by about 17 percent in more than 5,500 men and women at least 55 years old with heart-related disease or diabetes. In the other study, smaller amounts of B-12 and folic acid but still well beyond the Recommended Dietary Allowance (RDA) dropped homocysteine by 27 percent in men and women who had just suffered a heart attack. Previous studies also show similar reductions in homocysteine after folate and B-12 supplementation beyond the RDA.

Why worry about high levels of homocysteine? Normally, they don't develop, because an ongoing reaction combines homocysteine with part of the folate molecule to form a substance called methionine. Lack of folate or B-12 (a participant in the reaction) slows this conversion. B-6 can help reduce homocysteine, too, by helping it change to another substance.

Studies suggest that too much homocysteine damages blood vessels. In past population studies, 25 percent lower levels have been related to at least 10 percent less heart disease and 20 percent less stroke. In the two new studies, however, although relatively large amounts of B vitamins did reduce blood levels of homocysteine, the risk of heart attack or heart-related death was either unchanged or increased. In only one of the studies did the risk of stroke decrease.

More from our magazine:  How Much to Exercise

Some scientists now think that high homocysteine levels might indicate heart-related risks not cause them. Others point out that both of these studies involved people who already had damaged blood vessels. These researchers suggest that healthier people might benefit from homocysteine reduction to prevent health problems. In addition, since people in these studies only took B vitamins for 3.5 to 5 years, longer use may have helped because damage to blood vessels usually develops over many years. However, experts do not want to recommend longer use at high dose levels, since there was a tendency for increased heart risks in one of the studies.

When the conversion of homocysteine to methionine slows due to a lack of B vitamins, cancer becomes a risk. Lower methionine levels seem to disturb DNA production and repair, allowing abnormal cells to form that could develop into cancer. Diets low in folate may increase the risk of breast, cervix, lung and esophagus cancers, as well as adenomas and colon cancers.

Although neither of these two new studies found any impact on cancer risk, we shouldn't expect any since the most common cancers develop over at least 10 to 20 years. The impact of B vitamins on methionine levels would affect only very early stages of cancer development.

As long as you eat an abundance of vegetables, fruits, whole grains and beans, you should get enough folate and vitamin B-6. Modest amounts of fish, poultry, lean meat, or dairy products supply plenty of B-12 for most of us. People over 50 (whose absorption of B-12 from food may diminish) and vegetarians who avoid animal foods should take a multivitamin or a food fortified with B-12 daily to get the RDA.

More from our magazine:  Make Your Muscles Work 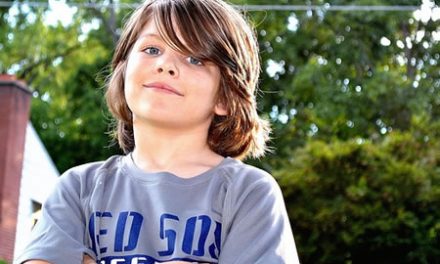 Obsessed with Weight and Still Overweight