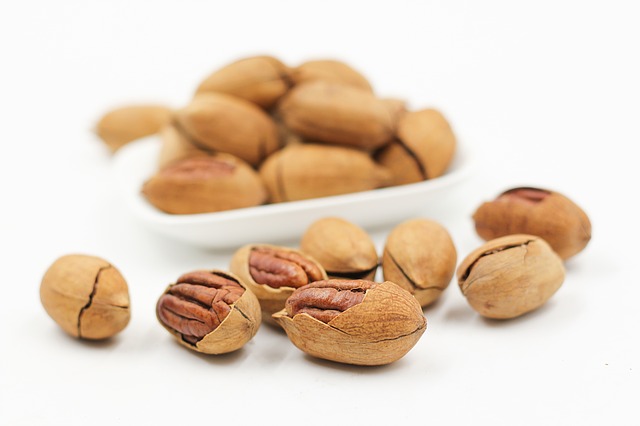 A proposed new health claim for food labels is under final review by the Food and Drug Administration (FDA).

If approved, the claim would say, “Diets containing one ounce of nuts per day can reduce the risk of heart disease.”

This may come as a shock to people who consider nuts to be too high in fat to be healthful food choices.

Research supporting the idea that nuts can be a healthful part of good eating is actually quite strong. How we use nuts determines whether their effects are positive or negative.

Four major population studies, each involving thousands of people who were tracked from six to 14 years, have linked more frequent consumption of nuts with 30 to 50 percent lower risk of heart disease.

In most cases, these benefits came from eating at least five ounces of nuts per week, although even eating nuts once a week was generally linked with less risk than none at all. Although those who ate nuts often had other lifestyle habits that could also account for their good heart health, after adjustment for these influences, the beneficial impact of nuts still held up.

The largely unsaturated fat in nuts, which doesn’t raise blood cholesterol, is given considerable credit for these benefits. But other nutritional components, like phytochemicals and antioxidants, may play a large role, too.

One of the concerns about recommending nuts is their impact on weight, because they are very concentrated in calories. A study published in the International Journal of Obesity, however, found that as long as calories were controlled, fat content did not affect weight loss.

In fact, those who did not restrict fat consumption as much fared better, because they stuck with the diet. After 18 months, more than half of those on diets that included a little more fat from nuts and heart-healthy oils were still following them, while 80 percent of those with more limited fat had given up. After one year, weight loss in both groups was about the same but, after 18 months, only those using nuts and other sources of healthy fat tended to maintain their weight loss.

The impact of nuts on other health concerns like cancer risk is less certain. Two studies link regular consumption of nuts, seeds and beans with lower risk of prostate cancer. One small study shows the same link with lower risk of uterine cancer. Laboratory research has identified at least five natural phytochemicals in nuts that seem to offer protection against cancer development, although much remains to be learned about this process.

Regularly eating small amounts of nuts is enough to reap any benefits without taking on too big a calorie load. Researchers recommend using nuts to replace calories from foods high in saturated fat (like high-fat and processed meats) and refined grain products (especially chips and bakery goods loaded with trans fat). Add some nuts to your salad instead of croutons, spread peanut butter on your toast or bagel instead of cream cheese or butter, and snack on a small handful of nuts instead of chips or a candy bar.

More from our magazine:  The Benefits of Cholesterol Lowering

Portion control is crucial if nuts are added as a health-wise part of your diet. Adding a handful of nuts to salads or stir-fries is easy, but snacking on nuts is trickier. The protein content and concentrated calories in nuts, even in small amounts, can satisfy hunger for quite some time. Put a small portion of nuts into a dish or napkin instead of eating directly out of a large container, or buy the small one-ounce snack packs to help you avoid over-eating.

According to analyses in the Journal of the American Medical Association and other sources, getting the majority of our fat as non-hydrogenated unsaturated fat (like that in nuts) is clearly part of a diet that can significantly lower risk of heart disease. But a diet for lower cancer and heart disease risk is not about adding nuts to an unhealthy diet. The goal is a balanced, mostly plant-based diet with plenty of fruits, vegetables, whole grains, beans – and nuts. 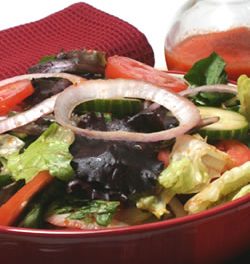 Is a Vegetarian Diet Healthier?