The Soft Drink Explosion Among Kids

There are at least two negative results to this soft drink explosion. First, the use of soft drinks is likely related to the rise in childhood obesity. A variety of studies suggest that we don't eat fewer calories from other sources when we increase calories from beverages. If a child drinks 9 to 10 ounces of a soft drink, that's equivalent to almost 120 calories. One study shows that youth who drink 9 ounces or more of soda a day consume almost 200 calories more each day than those who skip these beverages. If this amount of calories is consistently added to a youth's normal daily food intake, it can cause gradual weight gain. A small study of children 6 to 13 years old showed that they gained a quarter- to a half-pound per week over four to eight weeks when they drank more than 12 ounces a day of soft drinks.

In addition to the problem of weight gain, when children drink more soft drinks, they may drink less of beverages like 100 percent fruit juice and milk. A child's nutrient intake would drop as a result. Younger children seem to be particularly at risk. In one study, preschoolers who drank nine or more ounces of soft drinks per day were almost four times as likely to drink less than 8 ounces of milk per day. In general, kids who drink the most soft drinks get only about three-quarters of the calcium that nonconsumers of these drinks do. Those who drink more soft drinks also drink less fruit juice, so they get less vitamins A and C, too.

To reverse current trends, it may be helpful to limit children's TV viewing. A new study indicates that the odds of drinking soft drinks almost daily was twice as likely for those children who watched more than 3.5 hours of television a day. Researchers believe that the increase is related to soft drink advertising. For a child's proper development, the American Academy of Pediatrics recommends limiting total "screen time," which includes use of computers and video games, to no more than two hours a day. Observing this two-hour, screen-viewing limit could diminish a child's use of soft drinks.

Another influence that parents can control is their own behavior. If parents drink soft drinks three or more times a week, their children are three times more likely to drink five or more per week than kids whose parents drink less often. Obviously, it can be hard for children to see why they should drink milk, juice, or water at meals and snacks while parents drink a soda. The availability of soft drinks at home and soft drink vending machines in schools also affect children's soft drink consumption. While the habits of children's friends can make a difference, the parent's influence is stronger, according to the research.

Although soft drink consumption among children has received the most critical attention in studies, the wide popularity of sports drinks, fruit drinks with only 5 to 20 percent juice and sweetened drinks made from powdered mixes are also concerns. These drinks carry extra calories and decrease children's consumption of nutrient-dense drinks. Parents should restrict these drinks as well.

More from our magazine:  Marinated Artichokes Fit For a Star 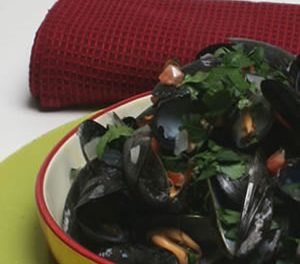 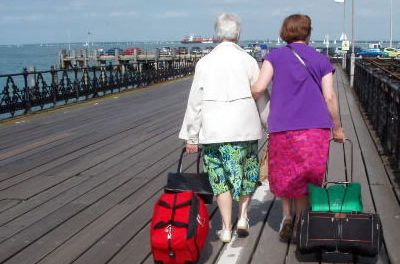