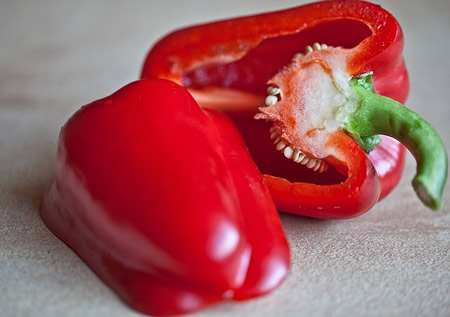 The first time I ate a sweet red bell pepper, it was part of an antipasto at an Italian restaurant.

By now, red peppers are as familiar as lettuce, so it is hard to believe that 30 years ago they were as unknown to most of us as the Mediterranean diet, which was barely on the radar screen for most Americans, much less a way to eat. (Even ten years ago, when the Mediterranean Pyramid first appeared, eating more like an Italian peasant was still considered a radical act in some circles.)

With the growing popularity of the Mediterranean-style diet and restaurants specializing in Italian regional cooking, I predict that red peppers will soon be a vegetable people eat often and enthusiastically. Health experts heartily recommend them as much as those who love their wonderful taste.

It is amazing to see red peppers evolve from an unfamiliar, even foreign, food to a gourmet ingredient featured in up-scale markets and celebrity cooking shows. After all, they are still green peppers which have been allowed to remain on the vine until they ripen, picked only after they become pleasingly sweet, and seemingly easier to digest.

Beyond increasing the sugar in a bell pepper, ripening also doubles the amount of vitamin C. As the pepper turns from green to glowing red, the amount of Vitamin A is increased nine-fold.

More from our magazine:  Green Beans with Sunflower Seeds

Red peppers also contain more folate, and are rich in the phytochemicals that help protect us from many diferent chronic diseases. Red pepper ranks among the top ten foods for beta-carotene, lutein and other important antioxidants.

Mediterranean-cooked sweet pepper dishes include Italian Pepperonata. Usually sauteed, this version is roasted, making it easier for you to prepare the rest of the meal while it bakes. 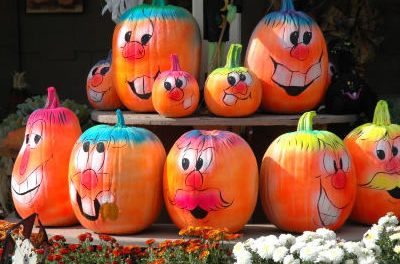 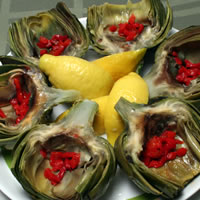 Marinated Artichokes Fit For a Star 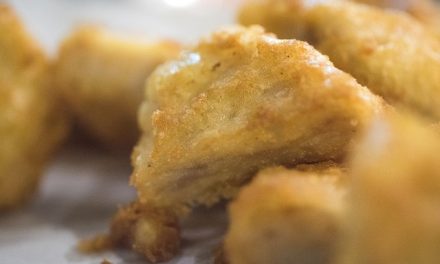 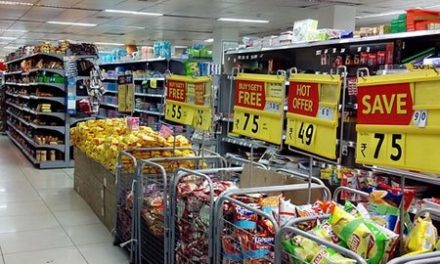