If good health seems to demand too many healthy habits, you'll be cheered to know new studies show that just four can play a major role in preventing the top causes of adult death and illness in our country.

The National Institutes of Health sponsored a major clinical trial called the Diabetes Prevention Program (DPP). The study involved more than 3,000 people with "impaired glucose tolerance," a condition involving abnormal blood sugars not quite high enough to be classified as diabetes, but which often signals that diabetes will later develop.

The New England Journal of Medicine published another study of over 500 people in Finland in similar circumstances. In both studies, those who were taught to improve diet and exercise habits cut their risk of developing diabetes by 58 percent.

Since excess body fat is a major risk factor for the development of diabetes, both programs also aimed for weight loss. People in these studies lost an average of eight to 15 pounds, about five to seven percent of their starting weight. Although they were still categorized as overweight, their modest loss was enough to reduce their risk of developing diabetes.

More from our magazine:  Child Care May Be Hazardous To Grandma's Health

Numerous studies have found that regular exercise can reduce the incidence of heart attacks and heart disease by 25 to 50 percent. Furthermore, the American Institute for Cancer Research (AICR) encourages regular exercise to lower risk of colon cancer, and possibly cancers of the breast and lung as well. One study estimates that a lifetime of regular exercise could reduce colon cancer risk by 40 percent.

Maintaining a healthy weight can also reduce the risk of heart disease and cancer. According to a study in the Archives of Internal Medicine, being overweight raises risk of heart disease by 40 to 50 percent and obesity increases risk by 50 to over 100 percent. AICR's landmark report on diet and cancer risk estimates that obesity is related to a range of risk from 11 to 30 percent for breast cancer and 25 to 33 percent for kidney cancer. Obese women also face about a three-fold greater risk of uterine cancer than those who are the leanest.

A low-fat, plant-based diet is considered one of the key components to reducing overall cancer risk. AICR estimates that eating more vegetables and fruits to meet the recommended minimum of five servings a day could lower cancer incidence 20 percent. Up to 50 percent of colorectal cancers could be prevented by eating a low-fat diet with plenty of vegetables.

More from our magazine:  How Diabetes Is Managed

Limiting fat, especially the saturated fat found in meats and fatty dairy products, has long been considered a key part of heart disease prevention. Recent studies in the Journal of the American Medical Association report that high-fiber diets are linked to a range from 40 to 47 percent lower risk of heart attack.

Now more than ever, we know we can lower our risk of today's greatest health problems by focusing on just four steps: exercise regularly; reach and maintain a healthy weight; limit dietary fat; and boost consumption of vegetables, fruits, whole grains and beans. 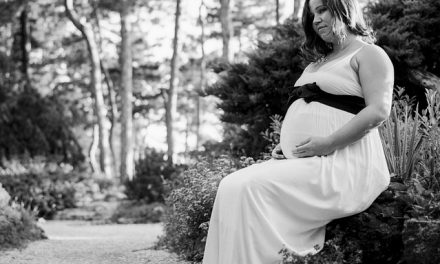 The Power of Pilates